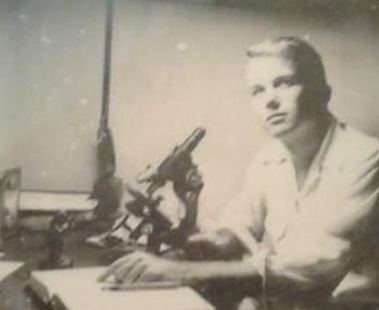 William Curtis Nash Wilcox, M.D., 88 died Memorial Day, May 25th, 2020, just shortly before the death of his wife, Doris Ann Scallan Wilcox. They had been living in a Nursing Home in Chicago since July 2018, near their son, Jonathan Winston (53). Their other children, three daughters, Doranne (59) lives in Bogota, Colombia, Quenby (57) in Washington, D.C. and Kendra (56) in Telluride, Colorado. They have a grandson, Baer and a granddaughter Kyra, living in the Netherlands and two grandsons, Morgan and Alexander living in Spain. Curtis was born in Jacksonville, Florida on April 23rd 1932, son of Curtis Parker Wilcox and Martha. His only brother, Paul, died in 2007. His affection for animals, especially dogs and horses, was cultivated from a young age, preferring admiration of life instead of favorite pastimes, hunting and fishing near the St. Johns River with his father and brother, or in later years with his son. He portrayed animal's thriving spirits with watercolors painted by him in early childhood. He rode horses with his father and brother, an equestrian talent shared by his 3 daughters and 2 of his grandchildren. He graduated from Fletcher High School in 1950. He then attended Stetson University (1950-1954). Afterwards, he went to Medical School at Tulane University (1954-1958) and became a Physician, achieving his greatest passion in life. He met Doris in New Orleans, and they were married in August 1958. He was a Resident of Internal Medicine at Parkland Memorial Hospital in Dallas (1958-1961). He specialized in Cardio Pulmonary Medicine at Ochsner Clinic (1961-1963) in New Orleans. Then with his wife, toddler and infant, he moved out West, to Tucson, Arizona, to develop his career at Tucson Medical Center (TMC), (1964-1976). Two more children were born in Tucson and the family's first dog QDK-J was also a loyal family member. He became a truly dedicated Physician and although he worked endlessly at the hospital, his second "home," he was a genuine family man, instilling compassion and integrity within his four children. He devoted to healing, not only of body but also mind and spirit. He became Director of Cardio Pulmonary Service at TMC in 1968. He also was an avid researcher and was one of the pioneers to develop Urokinase Thrombolytic Therapy. He traveled throughout the USA and Mexico, Australia, Europe, USSR and Asia to give lectures and conferences regarding this innovative therapy, continuing research well after retirement. He also had a year sabbatical at Kings College Hospital in London, 1977, returning to Louisiana as a Physician until retirement. Then to revive his agrarian spirit he and Doris moved back to Arizona and Texas where working the land on farms rejuvenated his older years. A special Memorial Service for both Curtis and Doris will be held via Zoom (due to international pandemic restrictions) by their children on August 9, 2020, which would have been their 62nd wedding anniversary.


5 trees were planted in memory of William Curtis-Nash Wilcox. 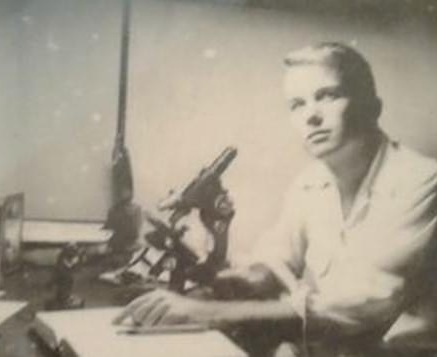