BACK
Beyond the Dash
×
South Bruce Peninsula Mayor Janice Jackson looks at Wiarton Willie as the the albino groundhog makes his annual midwinter weather prediction in Wiarton, Ontario, Tuesday, Feb. 2, 2017. The albino groundhog at the centre of Canada's most high-profile weather forecasting tradition has died. Wiarton Willie, who drew crowds to Wiarton, Ont., each February for Groundhog Day festivities, died on Friday according to a news release from the Town of South Bruce Peninsula. THE CANADIAN PRESS/Willy Waterton 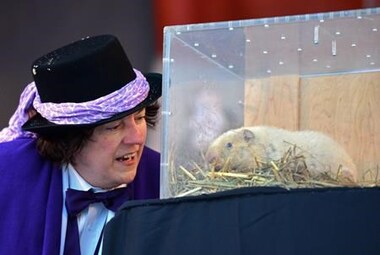 The albino groundhog at the centre of Canada's most high-profile weather forecasting tradition has died.

Wiarton Willie, a famous contributor to Groundhog Day festivities, died on Friday, according to the Town of South Bruce Peninsula.

He was 13, more than three times the average age of his peers in the wild.

Various bearers of the Wiarton Willie name have been drawing crowds to the small central Ontario community of Wiarton for years by emerging from their dens and rendering their take on a light-hearted weather forecasting tradition.

Folklore dictates that if a groundhog sees his shadow, residents must endure six more weeks of winter. Failing to do so means warmer weather is on the way sooner than expected.

A release from South Bruce Peninsula said Willie has become a well-loved figure for locals and tourists alike, with the most recent incarnation being no exception.

"Willie was 13 years young and served our town, province and country with immense pride each and every Groundhog Day," said the release announcing his death. "Willie also enjoyed meeting the thousands of guests that would visit him at his home in Bluewater Park during the summer months."

The town attributed his long life to his thorough care regimen and protected living environment. Standard groundhogs typically only live to the age of four, it added, saying the lifespan of the albino groundhog is often even shorter.

Participants would light candles about halfway through the winter season to bring light to a dark and dreary time and eventually developed superstitions about the weather conditions on festival day.

Various cultures documented those superstitions in rhymes that essentially told the same tale. The most succinct of these rhymes is attributed to Scottish tradition. It simply says: "If Candlemas Day is bright and clear, there'll be two winters in the year."

The long-standing festivities in Wiarton, however, owe less to tradition than the urge to throw a party.

Mac McKenzie, a resident of the town, was looking for a pretext to lure his out-of-town friends to the area for a winter bash in 1956. After settling on Groundhog Day, he sent out his invitations in the form of mock press releases.

When one of them fell into the hands of a genuine reporter, however, McKenzie had to get creative.

"(The reporter) had to have a story," McKenzie explained in documents provided by local festival organizers. "He couldn't go back to Toronto without something. So we tossed a fur hat with a button on it into the snow. We said it was a groundhog, and the photo ran in the (Toronto) Star."

When partygoers and journalists returned the next year, McKenzie decided a real groundhog needed to be pressed into service. This marked the beginning for Wiarton Willie, who has gained in popularity year by year.

The town was prepared for the most recent Willie's death, with a successor waiting in the wings to ensure the smooth continuation of the tradition, but the transition was not always so smooth.

On one memorable occasion, Willie's death was only discovered on Groundhog Day itself when the furry forecaster was slated to emerge from his den.

This time, an understudy has already been recruited as a successor. Two-year-old Wee Willie will be promoted and assume the Wiarton Willie name on Sept. 30, the town said, just after official commemorations for his predecessor.

South Bruce Peninsula announced that a memorial service and procession will be held on that day, with a guest book in place for those who wish to share their memories of the meteorological marmot. 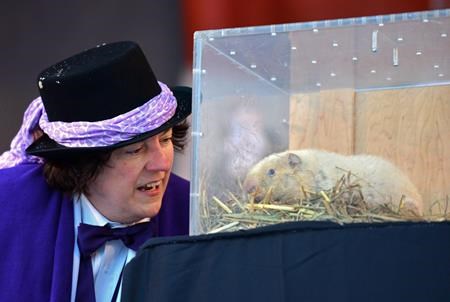