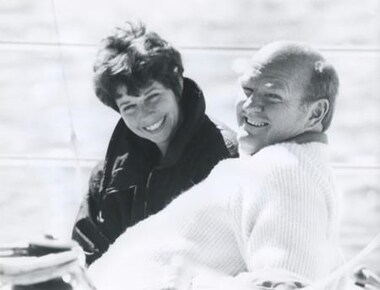 SEATTLE — Warren Miller, the legendary outdoor filmmaker who for decades made homages to downhill skiing that he narrated with his own humorous style, has died. He was 93.

His family said in a statement that Miller died of natural causes Wednesday evening at his home on Orcas Island in Washington state.

A World War II veteran, ski racer, surfer and sailor, Miller produced more than 500 action films about a variety of outdoor activities including surfing and sailing. But he was best known for his thrill-seeking films featuring daredevil skiers barrelling down breathtakingly steep slopes.

His annual ski movies served as informal kickoffs to ski season and became a rite of passage for the legions of ski bums and snowboarders who flocked to see them at movie theatres and played them on video while relaxing with drinks after tough ski days.

"Warren's legacy of adventure, freedom and humour carries on in the countless lives he touched," his wife of 30 years, Laurie Miller, said in a statement Thursday. "Warren loved nothing more than sharing his life's adventures and hearing literally every day from friends old and new about how his stories inspired others to enrich and enjoy their own lives."

Miller was born in the Hollywood area of Los Angeles, California, in 1924. He grew up during the Depression and said his family struggled to put food on the table.

According to a biography on his website, Miller bought his first camera for 39 cents when he was 12 years old. He used earnings from his newspaper route to buy his first skis and bamboo ski poles when he was 15 and took his first run at Mount Waterman near Los Angeles with his Boy Scout troop.

"I really believe in my heart that that first turn you make on a pair of skis is your first taste of total freedom, the first time in your life that you could go anywhere that your adrenaline would let you go," he told The Seattle Times in a 2010 interview.

Miller played varsity basketball at the University of Southern California and served in the Navy.

In 1946, he bought a camera for $77 and set off with his friend Ward Baker in a 1936 Buick Phaeton towing a teardrop trailer to ski destinations across the U.S., including Yosemite, Jackson Hole and Mammoth Mountain. They camped in parking lots of ski resorts, perfecting the ski bum life.

He once recalled loving the smell of rabbit frying in the silent evening while parked in Sun Valley's parking lot.

Miller launched his film career in 1950 with his first skiing film, "Deep and Light."

Aside from his wife, Miller is survived by sons Scott and Kurt, daughter Chris, a stepson, Colin Kaufmann, and five grandchildren.

This story has been updated to correct the spelling of Colin Kaufmann. 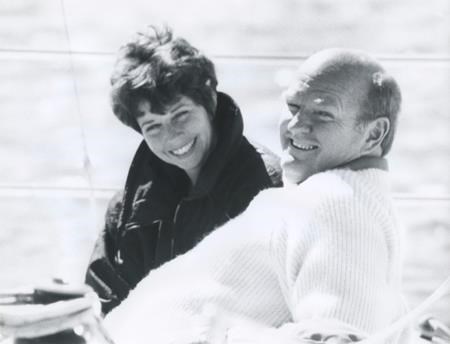