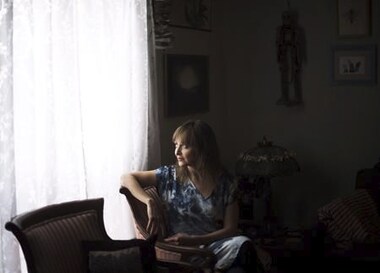 TORONTO — After being diagnosed with metastatic breast cancer at age 37, Teva Harrison turned the time she had left into art.

The Toronto-based writer and artist drew readers into her world with her poignant depictions of battling terminal disease in an acclaimed graphic memoir, "In-Between Days."

After her death at age 42, those who were closest to Harrison say her generosity of spirit will shine on not only in her work, but in the lives of the people she touched.

"Her great joy was the kindness that people show, and the magic evident in the every day bits of living," her husband, David Leonard, tweeted Sunday. "She was a pure beating heart."

Leonard said Harrison had died peacefully in her sleep over the weekend after suffering complications earlier this month.

News of her death was met with an outpouring of grief online, with friends and fans paying tribute to both her story and advocacy to increase awareness about metastatic breast cancer.

In her book of illustrated essays titled "In-Between Days," published by House of Anansi Press, Harrison recalls going to doctors in search of an explanation for the excruciating pain in her hips and back that was hindering her day-to-day routine.

After finding a lump in her breast, Harrison learned she had incurable cancer. The graphic novel follows her struggles managing pain and side effects, as well as re-examining long-term goals and dreams.

"When I was starting to make sense in my own head of what was going on with me, when I was trying to clarify and sort it out, drawing about it really was the best way for me to get the thoughts and the feelings out," Harrison told The Canadian Press in a 2016 interview.

"To me, the things that are the scariest are the things in the dark, the things we don't talk about, the things we're trying not to look at. And so, by putting them in the light, giving them form was almost like taking some power back for myself."

"In-Between Days" was shortlisted for the Governor General's Literary Award for non-fiction in 2016.

Sarah MacLachlan, president and publisher of House of Anansi Press, said in a statement Monday that she first approached Harrison about penning a memoir after reading a story about her decision to climb up Gros Morne Mountain in Newfoundland.

In fall of 2017, Anansi published "The Joyful Living Colouring Book" by Harrison. MacLachlan said a collection of Harrison's poetry and art, "Not One of These Poems Is About You," is forthcoming.

"We learned so much from (Harrison) about what it means to be human, and how to live and love with an open heart, through good times and bad," said MacLachlan.

"We will miss her terribly but her spirit lives on in her work and for that we are grateful."

Leonard, whose enduring support for Harrison figures prominently in "In-Between Days," urged her online followers to hold their loved ones close, saying the "world needs it."

"When we got married 14 years ago, there was this promise of forever. And to me, forever meant having kids and getting old and helping each other down the streets with our walkers and shaking our sticks at the kids on our lawn," Harrison told The Canadian Press in 2016.

"And even though we still have forever, our love story is likely going to be cut a little short because of this disease." 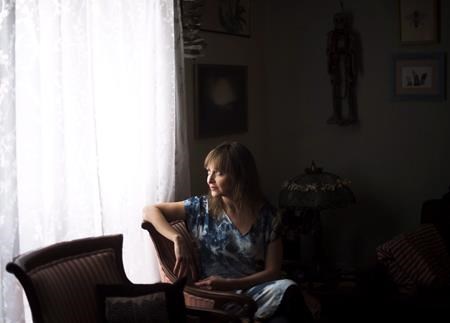