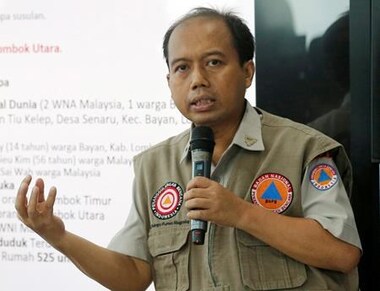 JAKARTA, Indonesia — Indonesia's disaster agency spokesman, who was respected for informing the public accurately and quickly about the country's frequent natural calamities, has died. He was 49.

Nugroho revealed in early 2018 that he had been diagnosed with advanced lung cancer and was told he might not survive more than a year. As his personal tragedy unfolded, the year would become one of the worst in recent memory for natural disasters in Indonesia. Thousands died in a series of earthquakes, tsunamis, floods and landslides.

"He was a hardworking figure who served the media and public independently and tirelessly even while very sick," disaster agency chief Doni Monardo told The Associated Press. "He deserves to be called a humanitarian hero."

In a country where many officials are notorious for economy with the truth or outright distortion, Nugroho distinguished himself by marshalling facts, combating hoaxes and frequently drawing attention to lack of disaster preparedness and man-made factors that worsen natural calamities.

He was the public face of the thousands of people involved in Indonesia's arduous disaster relief efforts and affectionately known as "Pak Topo," a moniker that combined abbreviations of his name and the Indonesian word for mister.

His communications expertise earned him numerous awards in Indonesia and the region.

Tributes poured in Sunday from people of all walks of life in Indonesia and neighbouring countries.

Indonesian President Joko Widodo said on Twitter, "We have lost a person whose life was dedicated to other people." He quoted one of Nugroho's recent comments: "Life is not about how long we live but how much we can help others."

He told Indonesian news site Kumparan in 2017 that he grew up in a poor family and was bullied at school for being shoeless and stupid. He said that he was an average student at university, where he studied geography, but that due to perseverance and diligence he earned a doctorate.

In a tweet in May, Nugroho likened the relentless spread of cancer throughout his body to the dispersal of ash from Bali's frequently erupting Mount Agung volcano.

He is survived by his wife and two sons. 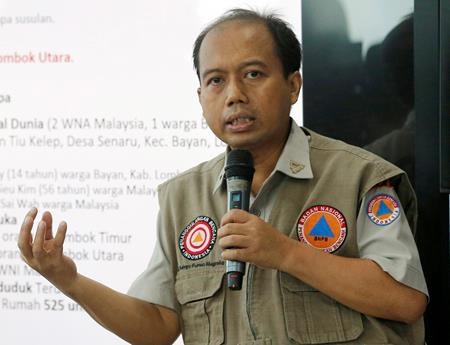