BACK
Beyond the Dash
×
In this Thursday, May 26, 2011, file photo, Secretary General of the Association of Southeast Asian Nations (ASEAN) Surin Pitsuwan of Thailand delivers a keynote speech during the 17th International Conference on The Future of Asia in Tokyo. Thailand‚Äôs Democrat Party says Surin died Thursday, Nov. 30, 2017, in Bangkok of a sudden heart attack. He was 68. (AP Photo/Koji Sasahara, File) 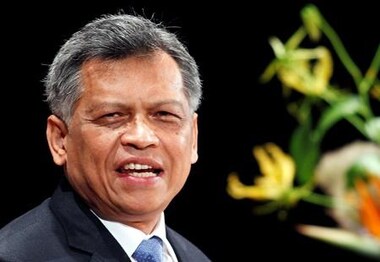 BANGKOK — Former Association of Southeast Asian Nations Secretary-General Surin Pitsuwan has died in Thailand. He was 68.

Surin is former lawmaker from the party who also served as Thailand's foreign minister in the late 1990s under a Democrat-led government. He is best known for his time at the head of the 10-member ASEAN from 2008 until 2012. His name was also mentioned as a possible candidate for United Nations secretary-general.

Surin remained active in regional diplomatic circles until his death.

He appeared to be in good health before he died. Posts on his official Facebook page show him visiting a Bangkok co-working space on Wednesday

Two weeks ago, Surin spoke at a conference marking the 50th anniversary of ASEAN.

His remarks, punctuated with emphasis in his trademark deep voice, lauded co-operative organizations like ASEAN as a means of "creating a space for the region to talk to itself." He asked, "How can we unleash the energy, the creativity, the power of 640 million people onto the platform of ASEAN?"

He also suggested that a new era — possibly one of less co-operation — may be emerging.

"Be ourselves," he said of ASEAN nations. "Be self-sufficient. Be helpful to each other before we wait for contributions from the outside."

This story has been corrected to show that Surin died Thursday, not Wednesday.