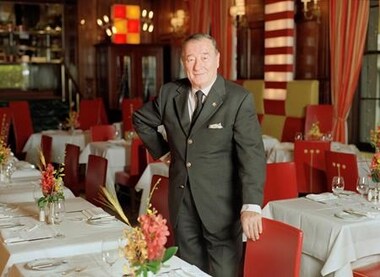 NEW YORK — Italian restaurateur Sirio Maccioni, who opened the celebrated French restaurant Le Cirque and watched it grow into arguably Manhattan’s favourite dining room of the rich and famous, has died in Italy. He was 88.

Maccioni's son, Mauro, told The Associated Press that his father died in the family's villa in Tuscany early Monday. He had suffered from the effects of a stroke and Alzheimer’s disease, the son said.

Le Cirque opened in 1974 at the Mayfair Hotel. "We weren’t really prepared, but the rest is history. We were the first ‘place to be seen’ that also had good food,? Maccioni told The AP in 2000.

The restaurant moved and reopened as Le Cirque 2000 in 1997 in the New York Palace Hotel. In 2006, Le Cirque moved again and opened on East 58th Street. In 2017, the restaurant filed for bankruptcy. Le Cirque has branches in Las Vegas, Dubai and India.

The restaurant received a four-star review from the New York Times in 1987, which was renewed in 1997. The Times gave it two stars in 2006 and three stars in 2008. The newspaper downgraded the restaurant to a single star in 2012.

Mayor Rudolph Giuliani once recognized it as being one of the city’s most glamorous and hospitable restaurants. The James Beard Foundation gave Maccioni its Lifetime Achievement Award in 2014.

?I consider myself a working restaurateur, but I’m proud to be called elite,? Maccioni told The AP. ?I encourage all my people to be elite; be an elite dishwasher. Being elite means being the best.?

He and his restaurant helped launch the careers of many illustrious chefs, including Daniel Boulud, David Bouley, Terrance Brennan, Alain Sailhac, Rick Moonen and Jacques Torres.

Maccioni, born and raised in Italy, was forced to go to work after his father was killed during World War II. He worked in hotels and restaurants in France, Switzerland and Germany before moving to the United States in 1956.

?I didn’t do this out of inspiration or desperation. I realized very early that I couldn’t afford to be young,? he said. ?I did completely give my life to this business. Is it worth it? Maybe not. But I had no choice, and I’ve never felt exploited.?

He attended Hunter College during the day. At night, he worked at The Colony, one of New York’s trendiest restaurants, where Frank Sinatra, the Duke and Duchess of Windsor, and Aristotle Onassis frequently dined. After a few years, he moved to a club at the Pierre Hotel before opening Le Cirque.

He is survived by his wife, Egidiana, and their three sons, Mario, Marco and Mauro.

Mark Kennedy is at http://twitter.com/KennedyTwits 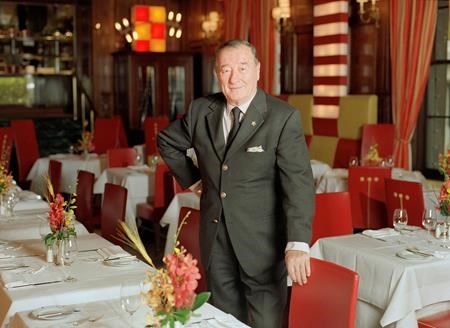