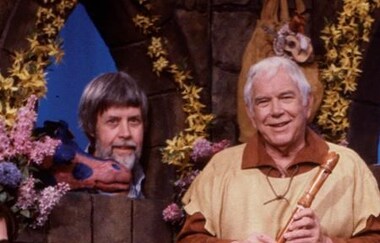 TORONTO — As the puppeteer of Rusty the Rooster and Jerome the Giraffe on the CBC-TV children's series "The Friendly Giant," Rod Coneybeare was a key component of learning and fun when viewers looked up — way up.

With tributes pouring in on social media following his death on Thursday in Lindsay, Ont., his family is also realizing Coneybeare's work continued to resonate with young viewers well into adulthood.

"I think 'The Friendly Giant' is an emblem of a certain time for a certain generation," his son, Wilson Coneybeare, said Monday in a phone interview from Toronto.

Coneybeare died after a bad bout with pneumonia, said his son. He was 89.

"He went fairly quickly and with all his faculties intact, and he was surrounded by family at the end," said Wilson Coneybeare, a writer-director-producer who splits his time between the U.S. and Canada.

Coneybeare also provided the voice and words of Jerome and Rusty on "The Friendly Giant" during its run on the CBC from 1958 to 1985. The two characters were the main puppet companions of host Bob Homme, who played Friendly.

The show began with Homme standing over a tiny town and then inside his castle with miniature furniture, telling the camera and viewers to "Look up, way up."

When the camera panned up, Friendly would call to Rusty, a rooster who played multiple instruments and popped out of his home: a book bag hung by the castle window.

Friendly would then whistle to Jerome, a giraffe who popped his head into the castle window from outside.

"There are a few shows and few programs of childhood that affect people for the rest of their lives, and his whole life and my whole life, we couldn't say our last name without someone saying, 'Any relation to Rod Coneybeare of "The Friendly Giant?"' Wilson Coneybeare said.

"A lot of people are reflecting on that show being part of another time — a quieter time, a time when you could actually put out a TV show that was really primarily about reading and music and little simple life lessons."

Born in Belleville, Ont., Coneybeare was raised mostly by his maternal grandmother and his aunts, who moved with him to Toronto in the '30s.

He started his career at age 15 in radio, with parts on CBC radio dramas and serials. He also had gigs at small radio stations across Ontario, including CJOY Guelph, where he met his first wife, and the mother of his children, Beth Coneybeare.

Coneybeare also created, wrote and acted in CBC Radio's horror-fantasy series "Out of This World" in the 1950s. His other credits included "The Rod and Charles Show." He never stopped creating, said his son, noting his dad was writing a graphic novel and working on a variety of projects until the end.

But he was perhaps most famous for "The Friendly Giant," where he and Homme would agree on what to say before filming began and then ad-lib when cameras rolled.

"They took their roles — I'm talking about Bob and my dad — very seriously in terms of educating and talking to young people," Wilson Coneybeare said.

"They never talked down to them."

Coneybeare remembers visiting his dad at work, being mesmerized by the set and watching his dad in action behind the castle wall, where he had to watch a monitor in order to know what was happening.

Rusty and Jerome were considered "precious items" that weren't to be played with by the young Coneybeares.

"I remember being amazed to hear that when the show wasn't being taped, when it was in hiatus, that Rusty and Jerome were actually kept in a bank vault," Wilson Coneybeare said.

"I've been on many film sets, I've produced many TV shows, I have directed all sorts of things, but I have never been on a set that was exciting as 'The Friendly Giant.'"

Coneybeare is survived by his wife, Moira, and his four children and seven grandchildren. 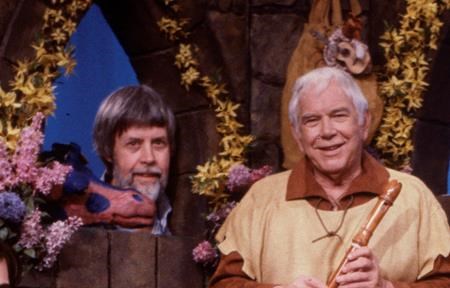