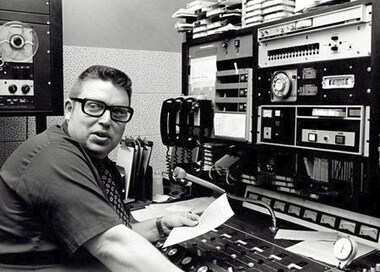 Avery died on Sunday after a brief illness in Oshawa, Ont., according to his family.

As a broadcaster, Avery was the whole package. He had a booming voice, the confidence to back it up, and a big heart, said family members and former colleagues.

Those same qualities helped Avery belt out gospel hymns with his wife, Lorraine, to whom he was married just shy of 50 years. The two sang for years as part of the choir at the Blythwood Road Baptist Church, and later the Yorkminster Park Baptist Church, in Toronto.

Avery was a mentor to many young journalists, even if he sometimes didn't realize it.

Fresh out of broadcast journalism school in 1976, fellow journalist John McKay described how he was awestruck the first time he met Avery.

"An imposing figure with that booming voice, he burst into the newsroom and plunked his audio equipment on the desk," McKay recalled.

"Wow, I thought, that's what I want to do. Be a parliamentary correspondent wielding those portable tape recorders and microphones."

McKay would go on replace Avery in Ottawa, "even without a commanding voice and that Avery sense of confidence and authority," he said.

In 1960, Avery was introduced to Broadcast News manager Charlie Edwards as "a clean-cut, well-mannered and intelligent young chap" and was soon hired on as a messenger.

Avery wasn't entirely convinced of his career path, though. At 16 years of age and with just three years of high school under his belt, he wanted to go to university and become a teacher.

Three years later, however, Avery moved into a full-time job in editorial and swiftly built a reputation as an affable and unflappable editor.

Soon, he was transferred to BN's Ottawa bureau, with Edwards telling him he would have to conduct himself with "dignity, restraint and modest judgement" — qualities that he carried with him though the halls of Parliament and beyond.

Before his retirement in November 1996, Avery returned to Toronto, where he won praise from the young journalists he mentored.

"It was an honour and a privilege to have been taught by one of the best," former Ontario desk editor Richard Neff wrote to Avery at his retirement farewell.

"His patience and wisdom and encyclopedic knowledge of the news kept many of us on the right path."

Former BN executive Wayne Waldroff, who arrived at the wire service in 1981, recalled that Avery had a natural ability to teach.

"He was always an excellent editor; was one of the best teachers and trainers," said Waldroff.

"He made good journalists better."

Outside of the newsroom, Avery was an ever-hopeful Chicago Bears fan, said his son-in-law, Mark Stanisz.

"(He) loved to watch their games, owned an extensive assortment of Bears fan gear and shared sports talk with his grandson."

Avery also enjoyed getting out of the city, spending countless summer hours at Camp Hillbilly, a trailer park in Ontario's Muskoka region.

But it was Avery's journalistic pursuits that gave him a front-row seat to history.

When he began his career, Dwight Eisenhower was in the White House, John Diefenbaker held the keys to 24 Sussex Drive and the space race was in its infancy.

Rather than sitting through academic lectures in university, Avery gained knowledge by travelling on assignment across Canada and in Europe.

"I received an education over the final four decades of the 20th century that no amount of money could buy," he wrote in a wire message after his final editing shift.

"It has been a magnificent ride!"

Avery leaves behind his wife, Lorraine, his daughter Nicholle Stanisz, her husband Mark and three grandchildren, Matthew and twins Emily and Sarah.

This report by The Canadian Press was first published June 1, 2020. 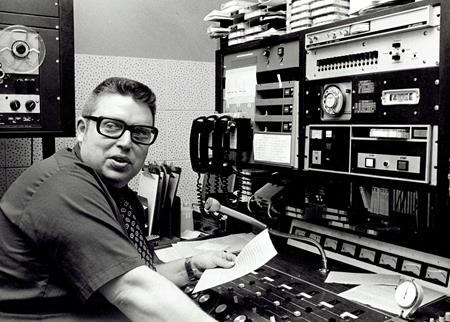