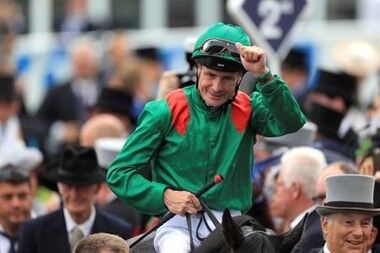 Horse Racing Ireland said Smullen, who was diagnosed with pancreatic cancer in March 2018, died in a Dublin hospital on Tuesday. Britain’s Press Association said Smullen’s initial treatment had been positive, but he suffered a relapse.

“Pat was one of our greatest stars,” Horse Racing Ireland chief executive Brian Kavanagh told PA. “He was nine-times champion jockey, but in many ways his greatest achievements were out of the saddle.

“Since his diagnosis, he did wonderful work fundraising for charity and he battled this disease with great heart and it’s hard to believe he has passed at such a young age.”

Born in County Offaly on May 22, 1977, Smullen, the son of a farmer and who became involved with horses at the age of 11, went on to form a long alliance with trainer Dermot Weld, taking over in 1999 from another riding star, Mick Kinane.

Among the greatest wins for the Smullen-Weld combination was the Derby at Epsom in 2016 with the Aga Khan’s Harzand, when Smullen was presented with the winning trophy by Britain's Queen Elizabeth II. Smullen went on to win the Irish Derby in the same year, also on Harzand.

In a post on his official Twitter account, Irish President Michael D. Higgins expressed “deep sadness at the untimely death of champion jockey Pat Smullen,” saying his remarkable performances at home and abroad brought joy to so many.

Smullen is survived by his wife, ex-jockey and trainer Frances Crowley, and three children: Hannah, Paddy and Sarah. 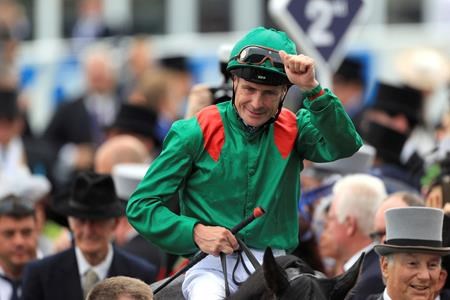