BACK
Beyond the Dash
×
This undated photo provided by the Oregon Zoo shows Packy, the Asian elephant at the Oregon Zoo in Portland, Oreg. Packy who drew international attention when he was born, including an 11-page spread in Life magazine, died Thursday, Feb. 9, at the Oregon Zoo. He was 54. (Michael Durham/Oregon Zoo via AP) 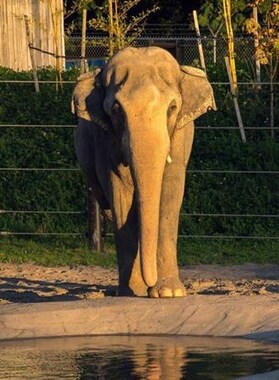 PORTLAND, Ore. — Packy, the Asian elephant who drew international attention when he was born, including an 11-page spread in Life magazine, died Thursday at the Oregon Zoo. He was 54.

Packy was 3 feet tall and weighed 226 pounds when he entered the world April 14, 1962, making headlines as the first elephant born in the Western Hemisphere in 44 years. Eager to see the baby elephant, more than 1 million people visited the zoo in Portland that year, the first time it ever hit that mark.

At the time of his death, Packy — who got his name from a radio contest — was the oldest male of his species in North America.

The elephant had been suffering from a drug-resistant strain of tuberculosis, and was euthanized after veterinarians failed to come up with an alternative treatment.

"We'd run out of options for treating him," Dr. Tim Storms, the zoo's lead veterinarian, said in a statement. "The remaining treatments involved side effects that would have been very hard on Packy with no guarantee of success, plus a risk of creating further resistance.

"None of us felt it would be right to do that. But without treatment, his TB would have continued to get worse."

Word that Packy was going to be put down leaked to animal-rights advocates. The group In of Elephants issued a statement Tuesday urging people to plea for his life.

"If Packy really is not suffering, the zoo owes him hospice, not death," said the group's president, Marilyn Kroplick. "Research shows that elephants are self-aware and conscious animals. Oregon Zoo brought Packy into the world and profited from him; now they need to provide the care he needs."

From the time of Packy's birth to that of his daughter Shine's birth in 1982, Portland was the birthplace for 21 of the 27 Asian elephants born in North America.

"Packy's birth started it all," said Bob Lee, the zoo's elephant curator. "The focus on elephant welfare, the knowledge about elephants. If you think about the time when he was born, it's mind-boggling — Kennedy was president, the Beatles hadn't made any records yet, cigarettes didn't have warnings from the Surgeon General.

"We've learned so much about elephants since then, and it never could have happened without Packy."

Details of a memorial event for Packy are not finalized. 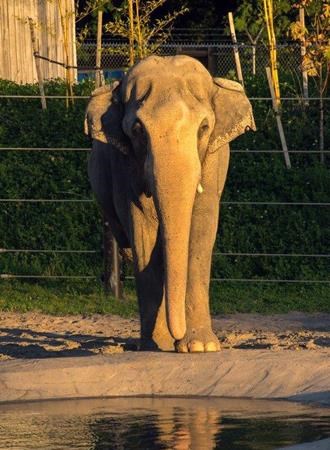