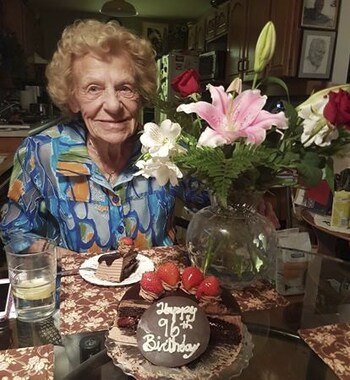 VICTORIA — The Victoria woman who started a light-hearted campaign to count flower blossoms sprouting in British Columbia's capital when much of Canada remained locked in winter's grip has died.

"I don't think she meant to get under anybody's skin," said granddaughter Sheri Bourrie. "It was just a cheeky way of being, 'Hey, look at us and look at how fantastic Victoria is.' "

Fitzsimmons, born in August 1922, never left Victoria and stayed in her home overlooking scenic Cadboro Bay until the final two weeks of her life.

Flowers were her lifelong passion and served as her way of helping people and promoting Victoria, known as the City of Gardens, said Bourrie.

Fitzsimmons started her career as a florist, working in flower shops in downtown Victoria before buying her own flower business in 1957, which she sold in the late 1980s, Bourrie said.

Fitzsimmons, known as a tireless community volunteer, would make flowers part of as many local events as she could, said Bourrie.

She would donate and arrange flowers for the Thanksgiving, Christmas and Easter dinners at Victoria's downtown Our Place shelter for homeless people. She also provided flowers and arrangements for the Greater Victoria Art Gallery, Victoria Symphony and the Victoria Conservatory of Music.

Bourrie said she organized a beach wedding in 2010 for former cross-Canada runner Steve Fonyo after sponsors pulled out of the event following news the cancer survivor's bride had previous convictions.

"She was always about the underdog," said Bourrie, adding her grandmother later invited the couple to celebrate their one-year anniversary in her backyard. "She wanted to do what she could to make it a beautiful thing for Steve and his wife."

Daughter Diane Kuypers said her mother saw herself as an ambassador for Victoria as a colourful, generous and welcoming city, and her message spread nationally and globally.

"It's a hard act to follow," said Kuypers. "She was just so kind and her love of life — I think that gave her that longevity that she did have because of her passion for everything."

Kuypers said she will always remember being in her mother's kitchen looking out at her country-style garden of daisies, lilies and cherry and magnolia trees, with the ocean in the distance.

"She was very happy right up until the end," Kuypers said.

Victoria Mayor Lisa Helps said Fitzsimmons made amazing contributions the Victoria area and the flower count has helped the city become a major tourist destination in February and March when other places are cold.

"I think the benefit of the flower count is the story it tells, and I think that's a lasting legacy that Norma Fitzsimmons has left for our community and I'm very grateful to her for that," she said.

This report by The Canadian Press was first published July 29, 2020.

Fiorentina captain Davide Astori, a defender who has also been capped by Italy 14 times, has died, the club... 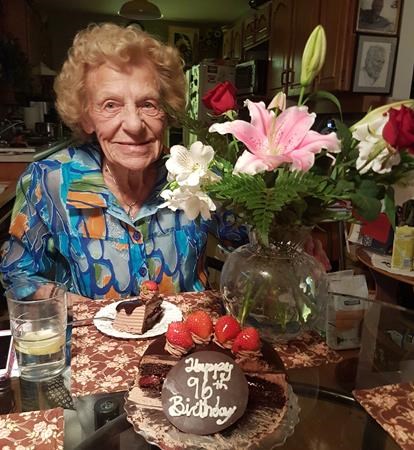