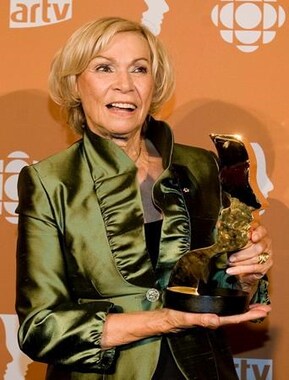 Simon Brault, director and CEO of the Canada Council for the Arts, said on social media that his friend of 30 years died Saturday night after a battle with throat cancer.

A versatile actress, Mercure was known for her work in film, television and theatre, with a repertoire spanning everything from Greek tragedies to contemporary classics.

In 1977, her performance in "J.A. Martin Photographer" earned her best actress awards at both the Cannes Film Festival and Canadian Film Awards.

But it was Mercure's devotion to theatre that set her apart, according to Lorraine Pintal, the artistic director of the Theatre du Nouveau Monde in Montreal.

Fittingly, Mercure spent the night of her best actress award at Cannes on the Montreal stage instead of collecting her trophy in person, Pintal said.

"The place I needed to be tonight is here, before you," Mercure told the audience, who responded with a massive ovation.

Brault said Mercure left "a distinctive and indelible" mark on every screen and stage she graced.

"Fiery, brave and determined, she had verve and outspokenness that many feared," wrote Brault, who succeeded her as the head of the National Theatre School of Canada.

"She also had a sense of humour and self-deprecation far too rare in a world that takes itself so seriously."

Mercure was born Monique Emond in Montreal on November 14, 1930.

She initially studied music and aspired to become a cellist. In 1949, she married composer Pierre Mercure, and they had three children before separating in 1958.

By the 1950s, she turned her attention to acting, taking roles in both film and theatre. She eventually gained widespread attention for her performance in Claude Fournier's "Deux Femmes en Or."

A string of successful films followed, including Claude Jutra's "Mon oncle Antoine," as well as "Naked Lunch," "The Red Violin" and "Conquest."

She continued to log numerous film and TV appearances in more recent years, including the role of Edith Beauchamp in "Providence."

Her death has prompted an outpouring of tributes, including from Prime Minister Justin Trudeau, who described her as "a great Canadian actress."

"Monique Mercure has had a profound impact on generations of Canadians," Trudeau wrote on Twitter.

"She helped promote Quebec cinema beyond our borders and her legacy will live on through her work."

This report by The Canadian Press was first published May 17, 2020

CHICAGO — Actress DuShon Monique Brown, who played a secretary in the NBC show "Chicago Fire," has died at age 49. 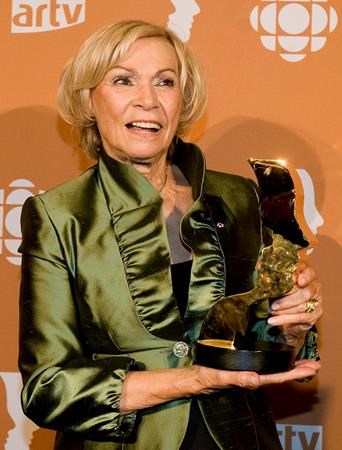