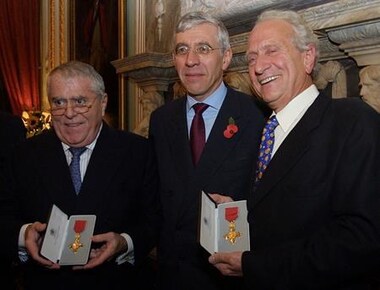 LONDON — Michel Roux, the French-born chef who had a profound influence on elevating Britain's dining habits, has died. He was 78.

Roux and his brother, Albert, are widely credited with revolutionizing Britain's staid and old-fashioned culinary scene, notably with their opening of Le Gavroche in London in 1967.

In announcing his death in a statement Thursday, his son Alain and daughters Francine and Christine, described Roux as a “humble genius.”

“We are grateful to have shared our lives with this extraordinary man and we're so proud of all he's achieved,” they said. “Michel leaves the world reeling in his wake.”

“For many, he was a father figure inspiring all with his insatiable appetite for life and irresistible enthusiasm,” they added. “But above all, we will miss his mischievous sense of fun, his huge, bottomless heart and generosity and kindness that knew no bounds.”

The chef had a longstanding lung condition, idiopathic pulmonary fibrosis.

Roux was born in the central French town of Charolles in 1941, living over his grandfather's delicatessen. In 1946, the family moved to Paris, and it was in the French capital that his passion for cooking really began and his reputation was cemented. One of his jobs in Paris included a stint between 1958 and 1959 at the British Embassy.

When he and his brother arrived in Britain in 1967, they brought their classical skills, particularly in pastry-making, to a restaurant scene that was widely considered to be old-fashioned. Le Gavroche was frequented by a loyal clientele that included many of the icons of the Swinging Sixties in London.

In 1982, Le Gavroche became the first British restaurant to be awarded three Michelin Stars. Though it lost one star in 1993, Le Gavroche, now run by Albert's son, Michel Jr, is still considered one of London's most coveted places to dine.

In 1972, Michel Roux set up the similarly popular Waterside Inn in Bray-on-Thames, west of London. In 1985, the restaurant received its third Michelin star, which it has retained ever since. His son Alain has been chef patron there since 2002, the same year Michel was awarded the Order of the British Empire honour by Queen Elizabeth II, along with his brother.

The Michelin Guide said in a tweet Thursday that Michel Roux was a “true titan of the hospitality industry" and that he “inspired a whole generation of chefs.”

The U.K. restaurant scene, it added, “would not be what it is today were it not for his influence.”

Michel Roux dedicated a large part of his final years to the Roux Scholarship, which is widely considered to be one of Britain's top competitions for chefs, if not simply the top one.

“Michel's star will shine forever lighting the way for a generation of chefs to follow,” the Roux Scholarship said in a tweet.

Benefits of Pre-planning Your Funeral

Leaving clear instructions for your survivors has many advantages
See all
Having trouble writing an obituary? Try our free interactive obituary template.

Benefits of Pre-planning Your Funeral

Leaving clear instructions for your survivors has many advantages 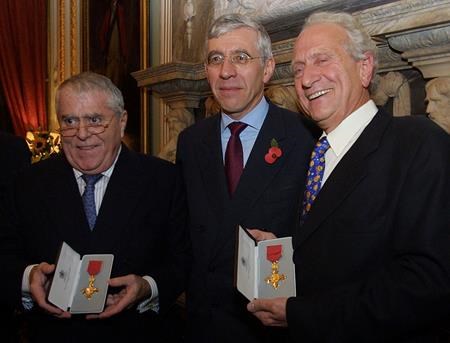