Marymargaret Gallaway, daughter of Reuben Jackson "Jack" Gallaway and Marie Bunnell Gallaway, was born in San Angelo, Texas, on August 21, 1941, and died quietly on June 13, 2020 at Cedar Ridge Alzheimer's Special Care Center in Cedar Park, Texas. A generous human being with many long and cherished friendships, she lived a full and very active life for many years. <br /> Marymargaret grew up in Kingsville, Texas, and graduated from high school as salutatorian in 1959. She earned a B.A in French studies at Rice University in 1963. Marymargaret married Rob Ascherfeld in 1963 and was a Navy wife for several years, during which time she had a daughter and a son. The family then lived near Houston, where Rob worked for IBM. IBM moved the family to Holland in 1971, where the two children attended Dutch schools and the whole family learned the Dutch language. After moving to Austin in 1976, Marymargaret managed an antiques store, studied building trades at ACC, and worked for top-quality bookbinders for several years before moving to Lago Vista, where she served many years as association president at Cape Lago condominiums. <br /> Marymargaret loved traveling and learning both within herself and throughout the world. Her inner journeys included time as a Stephen Minister, and stays at Loeb Shomea House of Prayer and the Himalayan Institute in Pennsylvania. Outer journeys included extensive travel across several continents. She took many trips to Mexico, whose people and language she greatly enjoyed. There were two visits to Venezuela, during which which she flew over Angel Falls and voyaged down the Amazon. The three-year stay in Holland facilitated jaunts to many European countries including the British Isles, hereditary home of the Gallaways. She spent her 40th birthday on a University of Texas archeological dig in Israel and ended that trip with a solo tour of Egypt. Marymargaret's travels inspired her appreciation of varied gastronomy, but her favorite foods always remained fresh tomatoes and Fredericksburg peaches. <br /> Survivors include Tracey Ascherfeld Henson of Cedar Park, Dr. Kevin Ascherfeld (Dr. Donna Daniel) of Arizona, grandson Paul Henson, of whom she was inordinately proud; her sister, Ann Gallaway of Austin, and her niece, Allison Marie Savage (Russ Deaton) of Denton. <br /> A private family memorial service is planned. Donations in lieu of flowers can be made to Amnesty International, Habitat for Humanity, Heifer International, Meals on Wheels Central Texas, or Central Texas Food Bank. Condolence notes may be mailed to 1125 Rawhide Trail, Cedar Park, TX 78613. The family sends deep gratitude to the caretakers at Cedar Ridge and The Pointe.

Send flowers
in memory of Marymargaret

Please provide a valid email address
Cancel
SHARE
Marymargaret was book artist. She was active in the Austin Book Workers, and a founding donor and supporter of Austin Book Arts Center. We miss her humor, intellect, and skills. The tools and equipment that she donated to ABAC are "monogramed" and I think of her each time I make use of one of her donations. In the near future the ABAC website will include a grateful remembrance of her, and will celebrate the impact Marymargaret made on book arts in Austin. https://atxbookarts.org 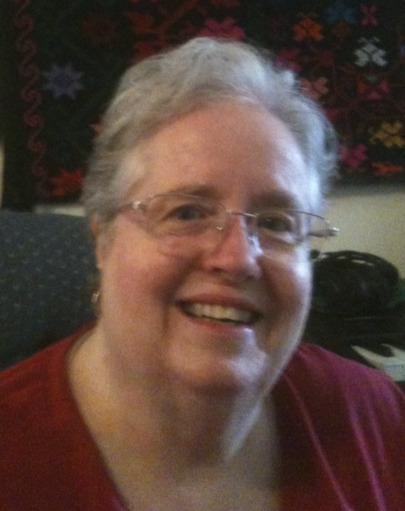 Roger Wayne Campbell, 66, of Cedar Park passed away peacefully on March 6, 2020 at home. Born in Pittsburg, Kansas on September 30, 1953, he later joined the United States...