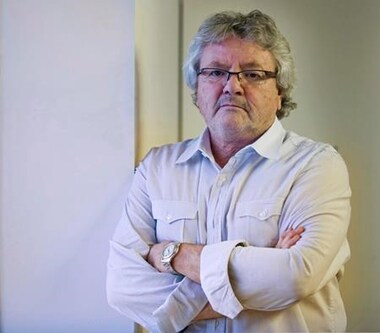 Tierney produced a number of films including the box-office hit film "Bon Cop, Bad Cop," which he also co-wrote and earned a Genie Award for best motion picture in 2007.

The action-comedy film about a by-the-book Ontario provincial police detective who gets teamed with a rock 'n' roll, throw-away-the book-type Quebec cop holds the honour of most popular Canadian film at the Canadian box office, surpassing the 1981 teen comedy "Porky's" in sales.

''I didn't want it to be political. I just wanted it to be a funny flick," Tierney said shortly after the film was made.

But the movie struck a chord with audiences accustomed to only serious discussions of the culture clashes between anglophone and francophone Canada.

"Bon Cop, Bad Cop" featured dialogue in both official languages, with subtitles, as the two cops tried to solve the murder of a hockey executive whose body was found at the Ontario-Quebec boundary.

Its stars, Colm Feore and Patrick Huard, who reunited for a sequel that was released last year.

Tierney's other projects similarly poked fun at how Quebec and the rest of Canada interact, such as his 2011 bilingual comedy ''French Immersion,'' about five anglophones who take a crash French course in a Quebec village.

Considering that thousands of people in both cultures had gone through the language immersion experience, Tierney wondered why no one had made a movie about it before.

''Essentially the jokes, the stuff of the comedy is not political, it's cultural. And you know, culture's funny," Tierney said at the time.

Telefilm Canada tweeted Saturday that Tierney was an important figure in Canadian cinema.

"His films touched us all and will live on as a part of Canadian culture," the Tweet said.

"Our deepest sympathies to the Tierney family."

Born and raised in Montreal, Tierney said he was a unilingual anglophone until age 24, when he and his wife taught abroad and learned French.

He served as vice-chair of cinema for the Academy of Canadian Cinema and Television, and was given a producer's award from the Canadian Film and Television Production Association in 2009.

That year, Tierney also produced the well-received film "The Trotsky," a coming-of-age movie that was directed by his filmmaker son Jacob.

Tierney noted that "The Trotsky" was tough to sell to American film distributors because it was full of references to its Montreal setting. He said he didn't believe audiences cared, stating that for certain movies, it was better to be "grounded in a cultural reality."

''It's way better now than it was in the old days, when we were pretending to smoke American cigarettes and putting fake American dollar bills in people's hands,'' he said at the time. 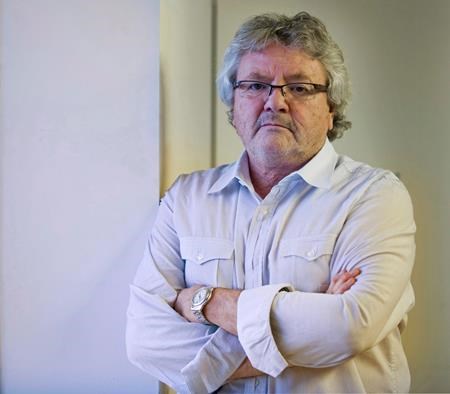