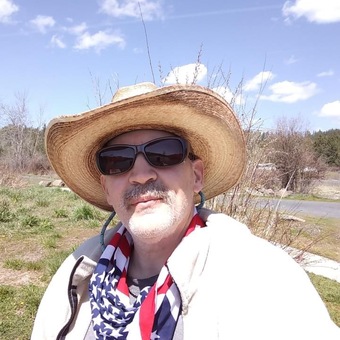 He graduated from Wallowa High school in 1981.

He went on to study Law enforcement and served as a Law officer/ Security Officer for 20 years.

Kevin was known for his big heart and love for his family and friends. His passion for the outdoors led him to his love of fishing, hunting and the Boston Red Sox.

He was preceded in death by both sets of Grandparents and two Uncles.

There will be a celebration of life at a later date.

I’ll always remember my eighth birthday because of Kevin. I didn’t know it but he had talked with my dad and planned on bringing me a Birthday present over that evening. After it got dark my dad said he heard something outside and we should go out and see what the ruckus was. We found a fully decked out ninja in the back yard and he gave me a cap pistol and holster and said he wouldn’t leave unless I could defeat him! It took a lot of chasing around but I finally got him. It says a lot about Kevin that he took the time out of his day to do that on my birthday. I was always excited to see him because he had the best model cars, especially his dukes of hazard and Smokey and the bandit model cars. I have nothing but fun good hearted memories of Kevin.
Matt Jennings Sep 21, 2020
Guest has provided contact information - Are you the obituary owner? Please Sign In to your account to view contact information.
I met Kevin in junior high. At first we didn’t get along, eventually we became the best of friends. We have been roommates a few different times. We have been in and out of each other’s lives for 40 some years. He was the best man at my wedding. We had good times together and had bad times together. We always came back together as friends! I will miss him!
Anthony Sep 15, 2020