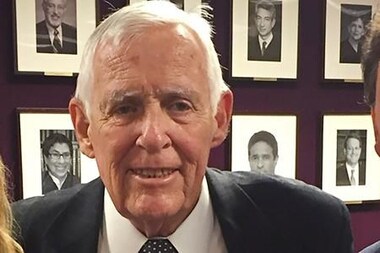 Judge who presided over terrorism trials dies of coronavirus

NEW YORK — Kevin Thomas Duffy, a longtime judge who presided over three major New York terrorism trials in the 1990s, has died of the coronavirus. He was 87.

Duffy died Wednesday in Greenwich Hospital in Greenwich, Connecticut, where he lived, according to Edward Friedland, the district executive at Manhattan federal court. Duffy retired in 2016.

Duffy, appointed to the bench in 1972 by President Richard Nixon, made relatively quick work of the trial of four men who conspired to bomb the World Trade Center in February 1993, starting it only five months after the attack that killed six people and injured hundreds more.

He also presided over two trials of the bombing's mastermind, Ramzi Yousef, who is serving a life sentence after his conviction in the trade centre attack and a plot to blow up a dozen U.S. airliners over the Far East.

All three trials resulted in convictions, and Duffy sent the defendants to prison for the rest of their lives, bemoaning the change terrorism had brought to the United States.

"Prior to February 26th, 1993, this country was a much freer place," Duffy told four men convicted at the 1993 trial. “Now we have guards. Now we have an identification-card mentality. It's not quite as free."

After one defendant complained that prison guards had not given him prayer beads and rugs, Duffy replied: "You're a convicted felon. ... You're not some guy on vacation.”

"You talk about the Qur’an," he told another defendant. “You have shamed it. ... You violated the laws not only of man, but God.”

At a sentencing years later, he called Yousef, the 1993 bombing's mastermind, an "apostle of evil.''

Besides the terror trials, Duffy had other high-profile proceedings, including the trial of Paul Castellano, who allegedly headed the Gambino organized crime family before he was assassinated outside a Manhattan steak house after the trial had started.

He also presided over a 1983 trial resulting from the 1981 armed robbery of a Brinks truck in Rockland County that led to a shootout between Black Liberation Army members and the police. A guard and two Nyack officers were killed in the robbery. The trial ended with several convictions.

Duffy was at times bombastic.

It took an appeals court only weeks after the trade centre bombing to reverse as a violation of free speech a gag order barring all prosecutors, investigators, defence attorneys and others from discussing the case. Duffy had threatened to impose fines that would start at $200 for a first offence and increase exponentially to $1.6 billion by a third offence.

Yet, he used a folksy demeanour with jurors, making them feel at ease with plain talk.

After a jury was chosen for the 1993 trade centre trial and opening arguments were about to begin, he offered them the chance to quit the jury for no reason at all if they didn't want to be there. No one quit. 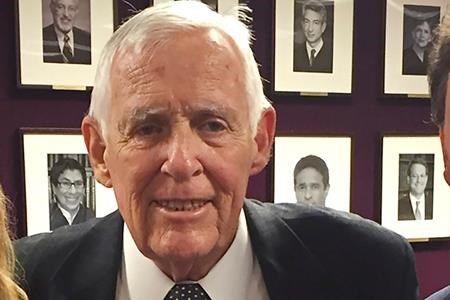