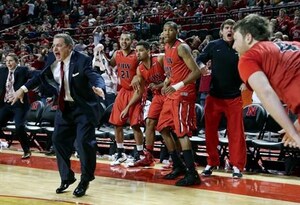 Burmeister, who coached UTSA to NCAA tourney, dies at 72

CHICAGO — Ken Burmeister, a college basketball coach for 21 seasons who took Texas-San Antonio to the NCAA Tournament and later guided Loyola of Chicago, died Tuesday. He was 72.

Burmeister posted 72 wins at Texas-San Antonio from 1986-90. He led the Roadrunners to their first appearance in the NCAA Tournament, where they lost to Illinois in 1988.

Burmeister took over at Loyola in 1994 after working as an assistant at nearby DePaul and went 40-71 over four seasons. He was the Ramblers' coach when they moved into Gentile Arena on campus in 1996.

Following his time at Loyola, he went on to coach for a season at Trinity University in San Antonio and at Incarnate Word for 12 years.