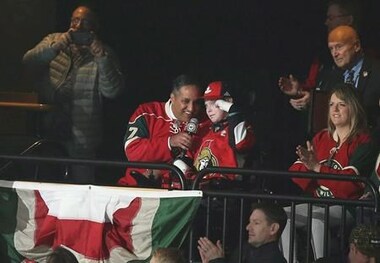 An Ottawa-area teen with a rare and painful skin condition was remembered Friday as a strong, determined advocate who worked to raise awareness about the disease while displaying a remarkable enthusiasm for life.

Jonathan Pitre, who died this week, pushed for better understanding of epidermolysis bullosa, or EB, his mother said, calling her 17-year-old a "fearless warrior."

"Jonny's story has been made very public over the last few years as he invited you into his life and his daily struggles as he tirelessly fought to raise awareness for this horrific disease," Tina Boileau said in a Facebook post. "I am proud to say you did it Jonny boy!"

Boileau said her family was thankful for the support they have received, but requested privacy.

There is no cure for EB, a rare and debilitating genetic condition characterized by skin fragility that leads to blisters and can cause skin to fall off with the slightest touch. An estimated 3,500 to 5,000 Canadians are born with EB, and are often known as "butterfly children." Pitre was often affectionately called Ottawa's "Butterfly Boy."

But Wilson insisted that the fragility only refers to their skin.

"I can't think of a more courageous subset of our population than folks dealing with EB," he said in an interview, adding that the pain from the condition is often as bad a suffering from a third-degree burn.

Wilson said Pitre died Wednesday in a hospital in Minnesota, where he had been receiving treatment.

"It was a new stem cell treatment that they were trialing and that's what took them down there," he explained. "With that treatment, a patient would undergo pretty aggressive chemotherapy to get the body ready for the stem cell implants."

Wilson noted that Pitre had thrust DEBRA Canada into the spotlight with his advocacy. Pitre's mother is also president of the volunteer-based organization.

"If I know Tina ... it's only going to create a much stronger fire to create more awareness and understanding of what EB does and how it impacts people."

As news of the Pitre's death spread Friday, the Ottawa Senators were quick to respond with a tweet saying the NHL team had lost a "special friend." Then, in a subtle nod to the teen, the team added a butterfly to their Twitter username.

"He taught us what courage and resilience really is, all the while displaying his trademark enthusiasm and smile," the Senators said on Twitter. "We'll all miss you, Jonathan."

Pitre became close with the Senators when he began sharing his story and spreading awareness about EB. Senators' general manager Pierre Dorion said Pitre "loved his hockey team more than anyone else."

"He was someone that exudes the words character and determination," Dorion told reporters. "What he had to go through on a daily basis just shows us that life and the bigger picture is way more important than anything else."

Politicians also took to social media with kind words about the teen.

Prime Minister Justin Trudeau called Pitre "a hero in every sense of the word."

"(He was) a courageous and determined fighter who persisted in the face of every challenge, and who inspired so many," Trudeau said on Twitter.

Meanwhile, the mayor of Russell, Ont., about 40 kilometres southeast of Ottawa, said the community "has lost a incredible young man."

"Jonathan, your courage, your strength of will and your love of life will always be remembered," Pierre Leroux said in a tweet. 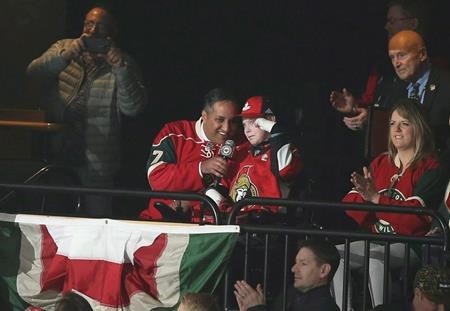