BACK
Beyond the Dash
×
This 1977 image provided by NFL Photos shows Cincinnati Bengals quarterback John Reaves. Former Florida and NFL quarterback John Reaves, who finished his college career as the NCAA's all-time leading passer and later struggled with drug and alcohol issues, has died. He was 67. Reaves was found dead at his home Tuesday, Aug. 1, 2017, according to the Hillsborough County Medical Examiner's Office. The cause of death is being investigated, the office said. (AP Photo/NFL Photos) 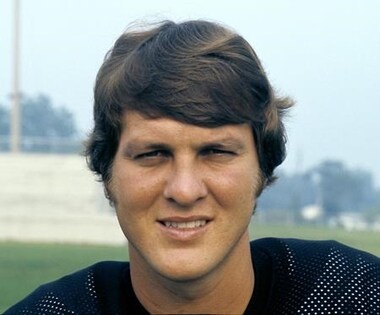 TAMPA, Fla. — Former Florida and NFL quarterback John Reaves, who finished his college career as the NCAA's all-time leading passer and later struggled with drug and alcohol addiction, has died. He was 67.

Reaves was found dead at his home Tuesday, according to the Hillsborough County Medical Examiner's Office. The cause of death is being investigated, the office said.

"It's sad to see that John has passed on, but we'll celebrate his life down there in Tampa with so many good friends and Gators," said retired coach Steve Spurrier, who coached Reaves with the USFL's Tampa Bay Bandits and later hired him as an assistant at Florida. "His memory will always be with us."

Reaves dealt with dependency for most of his 11-year career as an NFL journeyman, a run that began as a first-round pick of the Philadelphia Eagles in 1972. He also played for Cincinnati (1975-78), Minnesota (1979-80), Houston (1981) and Tampa Bay during the NFL strike in 1987. The Vikings put him in the Hazelden Clinic in 1980, and for the next two decades Reaves lived a life of sobriety while becoming the No. 2 all-time passing leader in the USFL and then coaching eight years in the Southeastern Conference at Florida (1990-94) and South Carolina (1995-97).

His college career was much more acclaimed.

Reaves threw for a school-record 342 yards and five touchdowns in his first game, breaking the mark of 1966 Heisman Trophy winner Steve Spurrier and setting the tone for his career. He left school as the NCAA's all-time leading passer, throwing for 7,581 yards and an SEC-record 54 touchdowns.

"The Gators lost one of their own in John Reaves," said Florida coach Jim McElwain, who recruited Reaves' son, Stephen, to Michigan State. "Obviously got to know the family very well. My thoughts and prayers go out to that family who's been through a lot. At the same time, I do know this: I don't think anybody will ever realize how much the Florida Gators truly meant to John Reaves."

Reaves, receiver Carlos Alvarez and running back Tommy Durrance formed the corps of the so-called "Super Sophs" who finished 9-1-1 in 1969. In the lone setback at Auburn, Reaves threw nine interceptions, which remains an NCAA record nearly 50 years later.

Reeves' most memorable moment came in the 1971 season finale against Miami, the game best known for the "Florida Flop."

With the Gators leading 45-8 late in the fourth quarter, Florida defenders laid down and let the Hurricanes score so quarterback Reaves could have the ball back and get the 15 yards he needed to break Jim Plunkett's NCAA passing record.

Reaves was born in 1950 in Anniston, Alabama. His family moved to Tampa when he was a child and Reaves led T.R. Robinson High School to the Class 2A state championship game in 1967 and earned player of the year in the state.

After his professional career, Reaves sold real estate in Tampa. He was arrested on gun and drug possession charges in 2008, and in May 2009, he entered an Atlanta area substance abuse rehabilitation program.

"My memories of John are when I got a chance to coach him during our time with the Tampa Bay Bandits in the United States Football League in 1983, '84 and '85," Spurrier said. "He was a wonderful player to coach and a super teammate. Our second year he threw for more than 4,000 yards. I thought he was easily the best quarterback in the league, but I think Jim Kelly got voted as the All-USFL quarterback. But John was outstanding throwing the ball and directing the team.

"He was as good a pure, drop-back passer as I've ever coached."

Most people are seriously underprepared for an unexpected death.
See all