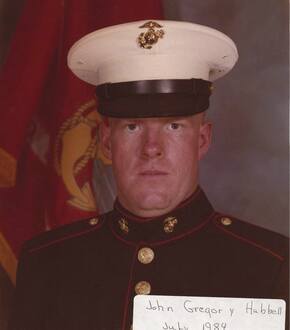 John Gregory Hubbell, 56, of San Antonio, Texas, passed away on Saturday, April 27, 2019. John was born to parents, Charles Hubbell and Margaret Carlin, on August 13, 1962, in Gary, Indiana. John graduated from Northbrook High School of Houston, Texas, in 1982. <br /> <br /> In 1983, John went on to serve his country in the United States Marine Corps. He served the Marine Corps for three years until his discharge in 1986, as a Lance Corporal. After he served his country, John went on to culinary school to become a chef. John worked as a Chef for 15+ years. After 15+ years of service, John was forced to retire from cooking in late 2012, because of injury. He enjoyed cooking. In 2014, John was honored with a four-star rating from Zagats. <br /> <br /> John met Kari Abbott in 1985. They were married on February 28, 1987, in Vista, California. Together they raised two children: John Charles "J.C." Hubbell and Margaret Renee "Maggie" Hubbell. John and Kari Hubbell later divorced in 2011. <br /> <br /> John is survived by his son, John Charles "J.C." Hubbell; his daughter, Margaret Renee "Maggie" Hubbell; his ex-wife, Kari Hubbell; his brothers, David Hubbell & Chuck Hubbell; his sisters, Laurie Sellers & Kathi Underwood; his nieces, Trina Masera, Kris Underwood Horth, Jennifer Stransky, Nicole McCauley, Kristie Colleen "K.C." Horth, Rachel Sellers, Camryn Masera, Ariel Underwood, Melissa Horth, Tiffany Jo Cook, Amber Hamilton & Haley Underwood; his nephews, Scott Underwood, Charlie Sellers, Brett Horth, Dan Masera Sr., Dan Masera Jr., Daniel Underwood & Nicholas Horth; his brother-in-law, Terry Sellers; and his sister-in-laws, Debra Henke-Dobson, Drema Hubbell & Louanne Hubbell. <br /> <br /> The family has entrusted aCremation with the arrangements. An event is scheduled and date and time are to be determined at The Salvation Army of San Antonio, Texas. A reception will follow at the same location. Major Stephanie Sills, of The Salvation Army, will officiate the ceremony <br /> <br /> In lieu of flowers, donations may be made to Soldier's Angels. <br /> <br /> To share condolences online, visit John Hubbell's obituary on BeyondTheDash.com.

William Wayne Quintanilla World War II Veteran went to be with the Lord on Monday, July 29, 2019 at the age of 94. He will be reunited with his loving wife Carolyn M....

Our loving father was called home on 12/27/2018 at the age of 66. He passed away at home surrounded by family. He is the son of Edward and Margarita Castillo. He is survived by...

Sharon went to be with the Lord on August 2nd, 2019. She joins her late sister Melinda, her father Mitchell and her grandson Ezekiel. She leaves behind her beloved husband Tom;... 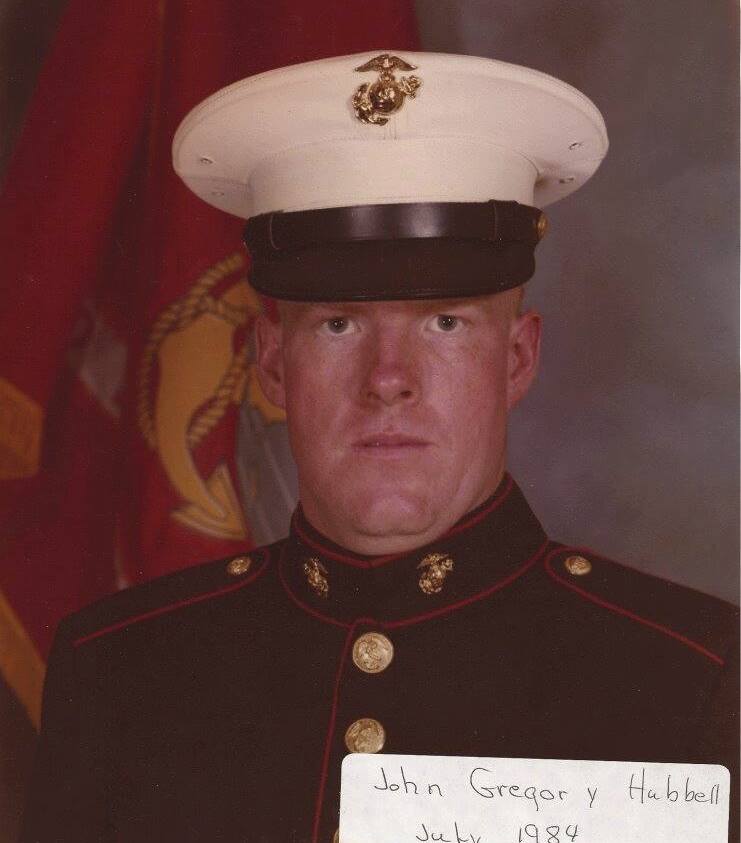