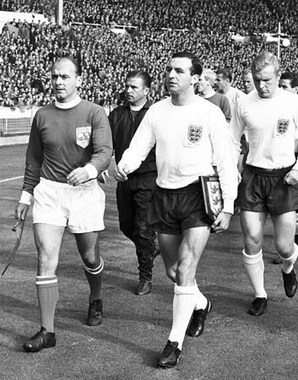 LONDON — Jimmy Armfield, a former England captain who led Leeds to the European Cup final as a manager before a distinguished career in broadcasting, has died. He was 82.

The Professional Footballers' Association said Armfield died early Monday morning. Armfield had been fighting cancer for the second time, with treatment forcing him to curtail his commentary on Premier League soccer games for the BBC.

Armfield played 43 times for England from 1959-66, losing his place in the team because of injury ahead of the 1966 World Cup. The defender didn't play in the tournament, which England won by beating West Germany 4-2 in the final at Wembley Stadium.

"It was very difficult. He was the established fullback prior to the World Cup and then George (Cohen) came in," Geoff Hurst, who scored a hat trick in the final, told The Associated Press on Monday. "He always dealt with it, typical of Jimmy, over the years with great dignity.

"It must have been a huge blow, as you would expect, not playing at that time and in the final. But dealing with it over the years there was never any bitterness. He was always part of the squad."

It took a change to FIFA rules for Armfield to collect a winners' medals in 2009.

"It's nice to get it," Armfield said at the time, "but I can't say it's something that's been bothering me all these years."

Armfield made a club-record 568 appearances for Blackpool before embarking on a managerial career with Bolton and Leeds. Picking up the pieces after Brian Clough's turbulent 44-day reign in 1974, Clough led Leeds to the 1975 European Cup final, which Bayern Munich won.

"When Jimmy came to Leeds United it was a difficult time ... and Jimmy completely turned things round," former Leeds player Eddie Gray said. "We got to the European Cup final that year, which we should have won and that would have been a great thing for Jimmy personally as a manager and something he probably deserved as a manager."

A trained journalist, Armfield's work was still heard until recently on the BBC in broadcasts aired worldwide.

"Jimmy had a lovely radio voice, a youthful voice and also a very youthful approach," BBC football correspondent John Murray said. "He was so enthusiastic and enthused by things that would happen in the modern game. He loved exciting players."

"The football world is much diminished with our loss," Taylor said. "He had time for everybody and made the world a better place with his love for life and all his many activities for his charities, hospitals, his church and his devotion to his wife Anne his sons Duncan and John and their wives and his grandchildren." 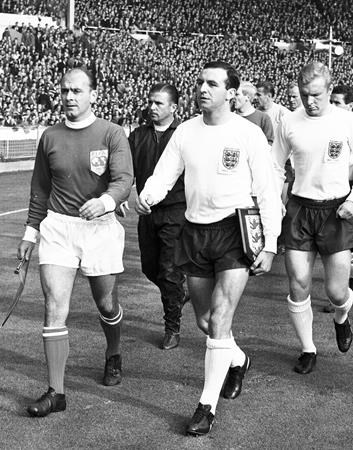