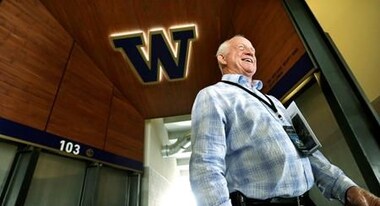 “I'm deeply saddened by the news of Coach Lambright's passing. Coach Lambright is synonymous with Husky football and he gave so much to this program both as a player and coach,” Washington athletic director Jennifer Cohen said in a statement.

“My love for the University of Washington was sparked during Coach's tenure on our football staff and I'm grateful for the impact he had on so many. I'd like to extend heartfelt condolences to his family, former players, teammates and coaches.”

No cause of death was given. Lambright was arrested in 2014 and at that time his family stated he was suffering from dementia and his condition was worsening.

Lambright’s association with Washington started in 1960 after graduating from nearby Everett High School. He lettered three seasons with the Huskies from 1962-64, and earned all-Pacific Coast Conference honours in 1964 as a defensive end.

Lambright returned to Washington in 1969 to work on the coaching staff of Jim Owens. Lambright was retained by Don James when he arrived in 1975 and was promoted to defensive co-ordinator in 1978.

Lambright became the architect of some of the best defences in the country during his tenure as Washington’s defensive co-ordinator, highlighted by the 1991 team that shared the national title with Miami.

He was promoted to head coach just before the start of the 1993 season after James abruptly retired in the wake of sanctions placed on the school by the Pac-10.

Lambright was 44-25-1 as the Huskies head coach and never had a losing record, but was fired following the 1998 season. Washington’s best season under Lambright came in 1995 when it shared the Pac-10 title but missed out on a trip to the Rose Bowl.

Lambright was part of a lineage of future college football coaches from the Everett, Washington, area that included Mike Price, Keith Gilbertson and Dennis Erickson.

"Coach Lambright was a legend at the UW, particularly when it came to playing the kind of physical, aggressive defence that his teams were known for,” Washington coach Jimmy Lake said. “He was always supportive of the program that he loved so much. His impact on Husky football will not be forgotten.”

Consulting a professional can streamline your journey through grief
See all
Having trouble writing an obituary? Try our free interactive obituary template.

PARIS — Henri Michel, who played for France at the World Cup and later coached the team to the semifinals at the 1986 tournament, has died. He was 70. 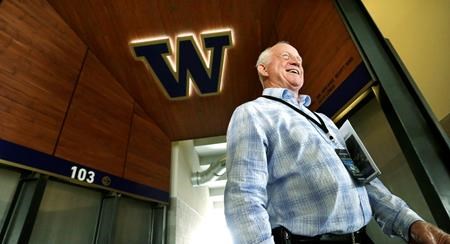