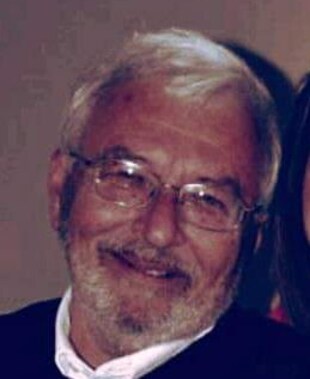 Jaroslau (Jerry) Szablowsky, 74, was born April 8, 1946 in Leverkusen, Germany. He left this earth on April 30, 2020 following a valiant fight with metastatic prostate cancer. His daughter Amanda was not only at his side throughout his life, but his caretaker, companion and advocate during this battle, comforting him and holding his hand as he passed from this world. <br /> <br /> When Jerry was just a very small child, his family immigrated to the United States and lived in Ohio. Jerry was a kind and gentle soul who had a passion for life, had a love for family, was devoted to his faith, and had fervor of his native Ukrainian cuisine. His distinctive and infectious laugh brought joy to anyone who knew him. He led an exemplary life, was a hard worker, and a frequent volunteer with the Byzantine Catholic church in Northern Virginia. This past Easter, the first and only Easter he had been separated from his family, his daughter Amanda prepared and delivered all his favorite foods to the hospital so he could enjoy them on this high feast. While she wasn't able to be in his hospital room to watch him enjoy his dinner, they communicated through the glass window in his room and via video chat. <br /> <br /> Beginning from an early age, Jerry loved dancing. As a child he was a Ukrainian Cossack dancer. He was a professional clog dancer and traveled with the Dolly Parton troupe, performing around the country in full native costume. He also clogged in the World's Fair. He was the life of family parties doing the polka and playing the accordion. Jerry was an avid golfer and also loved fishing. <br /> <br /> As a young man, Jerry worked in a produce mart in Ohio. Like many others, Jerry was drafted in the U.S. Army in May of 1966. After his short time serving in the military, he worked at the National Bank of Washington. He worked with the Small Business Administration of the U.S. Government, as a database administrator for the rest of his career. Soon after retirement, he moved to Virginia Beach, to be near his children. In 2002 he took on a second career in retail at Walmart in Chesapeake, VA. He worked there until the onset of his illness and served as Department Manager of several different departments. He often spoke about the great friends he had made over his 15+ year Walmart career. <br /> <br /> He is survived by his children, Nick Szablowsky, Virginia Beach, VA, Jonathan (Aga) Szablowsky, Castle Rock, CO, Amanda Szablowsky, Virginia Beach, VA, daughter from his first marriage, Kristin Stepp, Northern Virginia, sister Mary (Jim) Baker, Akron, Ohio, his grandchildren and many nieces and nephews. Jerry was predeceased by his parents Nick and Anna Szablowsky, his sister, Olga King and his brother John Szablowsky. <br /> <br /> Per Jerry's final requests, he wished to be cremated and return "home" to Ohio as his final resting place.

Plant a tree in memory
of Jerry

Sandra Sophia Heeter, 71, of Martinsburg, West Virginia, passed away on 23 June 2020 after an undisclosed illness.
She was born to parents Elmer Zimmerman and Myrtle Michael,...

On Friday, June 5, 2020, our hearts were saddened with the loss of Mr. Patrick C. Bailey, a great husband, father, grandfather, uncle, brother and friend.

He resided with his... 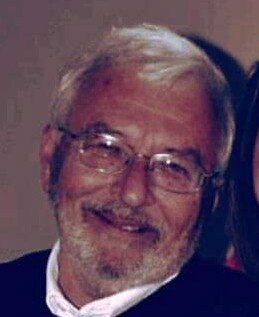