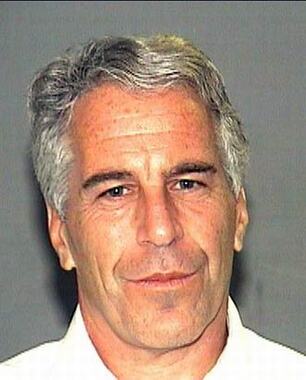 Remembering the Life and Crimes of Jeffrey Epstein

American financier Jeffrey Epstein was found dead of an apparent suicide in a Manhattan jail cell while awaiting trial on sex trafficking charges on Saturday, August 10, 2019. He was a convicted pedophile who died as he lived: escaping justice for his many crimes.

Obituaries are expected to be factual, civil and fair. But when a person's legacy is the pain, violence and abuse they inflicted on others, their obituary can hardly be all positive. There are those who say that a man like Jeffrey Epstein deserves to be forgotten — we disagree. We remember to acknowledge the suffering of the women who were exploited by him, while working toward a future in which crimes like Epstein's can never happen again.

Jeffrey Epstein was born on January 20, 1953 in Brooklyn to parents Pauline and Seymour Epstein. He was a bright boy who excelled in music and skipped two grades in high school. Epstein then studied at Cooper Union and Courant Institute of Mathematical Sciences, but did not complete a degree.

While working as a teacher of physics and math at the Dalton School in Manhattan, Epstein met Bear Stearns CEO Alan Greenberg. After being dismissed from Dalton, Epstein used his connection with Greenberg to secure an assistant position at Bear Stearns. Epstein rose through the ranks in investment banking, becoming an options trader within a few years. In 1981, he was asked to resign after "getting into trouble" at Bear Stearns. He remained close with Greenberg despite the scandal.

Epstein launched his own company the following year, Intercontinental Assets Group Inc. During this time, Epstein purported to be an intelligence agent, a "high-level bounty hunter" and carried a fake Austrian passport.

He launched J. Epstein & Company in 1988, where his only confirmed client was Victoria's Secret founder Les Wexner, who now claims that Epstein stole from him. In a recent letter from Wexner to members of the Wexner Foundation, as reported by the Wall Street Journal, Wexner wrote:

"We discovered that he had misappropriated vast sums of money from me and my family...This was, frankly, a tremendous shock, even though it clearly pales in comparison to the unthinkable allegations against him now."

Despite the theft of $46 million, Wexner never sued Epstein.

Epstein also used his position to pose as a representative of Victoria's Secret and lure models back to hotel rooms, despite not working for the underwear brand. In two reported instances, Epstein allegedly used a meeting to sexually assault a model who thought she was being recruited.

In 1990, Epstein bought a mansion in Palm Beach, infamous for parties and sexual abuse of underage girls, according to allegations.

Two years later, he and Donald Trump held a party for themselves and 28 young women. The women provided entertainment in the form of a "private pageant."

When he purchased Little St. James in the Virgin Islands in 1998, neighbors began calling the hideaway "pedophile island." in 1999, Epstein forced an underaged worker at Mar-A-Lago, Donald Trump's elite Florida resort, to have sex with Prince Andrew, according to a 2015 affidavit. He traveled on his private jet with Bill Clinton at least 4 times.

"I've known Jeff for 15 years. Terrific guy," Trump said in an interview with New York Magazine in 2002. "He's a lot of fun to be with. It is even said that he likes beautiful women as much as I do, and many of them are on the younger side."
— The New York Times

His relationship with Donald Trump didn't last. The pair fell out by 2004, apparently over a $41 million mansion in Palm Beach. Donald Trump ultimately won the property in an auction, and two weeks later an anonymous tip to the police accused Epstein of abusing underaged girls at his house.

In 2006, Epstein was charged with unlawful sex acts with a minor, and indicted on one count of soliciting prostitution. The case was referred to the FBI, and in 2008 Epstein pleaded guilty to two lesser counts of felony prostitution. The deal, brokered by then-U.S. attorney for Southern Florida Alex Acosta allowed a federal non-prosecution agreement with Epstein, and sealed records on the case so the public would not know the details of his crimes. The 36 underage victims identified by prosecutors were not notified of the deal. Epstein then went about settling over a dozen other lawsuits with victims out of court.

Epstein was sentenced to 18 months in prison, a much lighter sentence than the mandatory 5 to 15 years mandated by Florida law for statutory rape of a minor. During his time in jail, Epstein resided in a private wing of the prison, and was permitted to work 12-hour days for up to 6 days a week from his office, returning to prison to sleep. He was released 5 months early, serving just over a year of jail time.

Epstein's wealth, talent and access made him all but untouchable. From the true nature of his financial work, to his lavish properties and extravagant private parties with elites from around the world, everything about the financier was mysterious, and higher-ups were quick to forgive his many transgressions. Alex Acosta's "sweetheart deal" with the financier came under new scrutiny in the days following Epstein's 2019 arrest. He resigned July 12, 2019, for his handling of the plea deal, though he maintains his intention was to put Epstein behind bars by any means possible:

"We did what we did because we wanted to see Epstein go to jail," he said, refusing to apologize for his actions. "We believe that we proceeded appropriately."
— Alex Acosta

Though he was required to confirm his address with the New York Police Department every 90 days following his release, he never once did in 8 years. For the rich and well connected Jeffrey Epstein resumed his life with minimal interruption.

On July 6, 2019, Epstein was arrested again. He was charged with child sex trafficking and conspiracy to commit sex trafficking. According to the filing, Epstein was accused of sexually abusing dozens of underaged girls in New York and Florida in the early 2000s. A raid of his Manhattan townhouse turned up "hundreds – and perhaps thousands – of sexually suggestive photographs of fully – or partially – nude females." Many were confirmed to be underage. He allegedly used some of his victims to recruit more victims as young as 14 years old. He pleaded not guilty to these charges.

Ordered to remain behind bars while awaiting trial, Epstein was placed on a 24-hour suicide watch after hurting himself in prison on July 23. Though the reason is still unclear, the oversight was lifted 6 days later, breaking with MCC prison protocols.

On Friday, August 9, 2019, a federal appeals court unsealed nearly 2,000 pages of documents related to Epstein's many indiscretions. The documents from 2015 were found to have been improperly sealed by a judge who has since passed away. These documents provided many unsettling details about sexual abuse by Epstein and associates, and further linked Epstein to Donald Trump. Also linked to possible crimes in the documents were Glenn Dubin, Bill Richardson, George Mitchell, and others:

"Giuffre had alleged that she was forced to have sex with Dershowitz and "many other powerful men, including numerous prominent American politicians, powerful business executives, foreign presidents, a well-known Prime Minister, and other world leaders."

On August 10, 2019, Epstein was found dead in his cell in the early morning hours of an apparent suicide. The cause of death has not yet been released, however news of Epstein's death and the suspicious circumstances began to spread immediately following his death. An investigation into the true circumstances was initiated by Attorney General William Barr.

How many victims were there?

As for the total number, it is as yet unclear exactly how many women were abused by Epstein.

"[Palm Beach Police] Detective Recarey, who retired in 2013 after more than two decades on the force, said in a 2016 deposition that he interviewed about 30 girls..."

Jeffrey Epstein rose from a middle-class upbringing, gathering wealth at least partially through the misappropriation of funds entrusted to him. He made strategic connections with powerful people, collecting their secrets and using this power to avoid justice. His properties, relationships and wealth were used to create an environment that helped him elude the law for years while preying on vulnerable young women and girls.

Jeffrey Epstein was never married, and had no children. He was predeceased by his parents, Pauline and Seymour. He is survived by his brother Mark Epstein, an unknown number of high-profile associates, and the dozens of women and girls he victimized over the course of his life.

Meanwhile, his accusers plan to continue to pursue legal action:

"...Jennifer Araoz, who claimed that Epstein raped her when she was 15, said through her attorney that she plans to go ahead with a lawsuit against Epstein.

'This week, we intend to pursue justice for our client, Jennifer Araoz, and hold accountable those who enabled Mr. Epstein's criminal activity,' Araoz's attorney, Dan. Kaiser, said in a statement on Sunday. 'Regardless of his untimely death, our case will move forward. Jennifer deserves her day in court.'"

These 5 performers changed the entertainment industry forever
See all