Jason W. Brian, of Louisville, was born August 9, 1973 in Evansville, IN, as the youngest of three rowdy boys. He later moved with his family to Raleigh, NC. Starting soccer at a young age, Jason developed a passion for the sport and spent many years traveling the region to play. He enjoyed summers at camp where he learned to sail and developed a lifelong love of the Carolina Coast. Although he moved to Louisville during high school, many summer vacations were spent back in the Outer Banks with his family, surf fishing with his dad, brothers and son. <br /> <br /> Although Jason struggled with addiction in the later years of his life, that is not who he was. First and foremost, he was a man who loved his family, especially his two kids. His love of soccer was passed on to his son, and for several years Jason was the youth soccer coach of his son's teams. On the many family trips to Snowshoe, WV, he patiently taught both of his children to ski and snowboard. <br /> <br /> Always one to march to the beat of his own drum, Jason had a fierce independent streak. He was a science enthusiast who could explain the mysteries of the universe. He was a Trekkie who, at 47, still greeted people with the "Live Long and Prosper" sign. He was a music aficionado with a love of everything from Classical to Punk, Bluegrass to Metal - Jason always had some new music that he was excited about. Always down for a crazy idea, Jason was a fun guy who really believed in the value of experiences over things. He was a proud member of the Council of Gei. <br /> <br /> Jason passed away on October 11, 2020 and leaves behind two grown children, Ethan and Isabela Brian. He was also survived by his mother, Alaine Spies Brian, and brothers Steve (Julie) Brian and Scott (Sarah) Brian. He was preceded in death by his father, Truman John Brian. <br /> <br /> In lieu of flowers, the family is asking for donations to be sent to the Healing Place at thehealingplace.org/donate

Send flowers
in memory of Jason 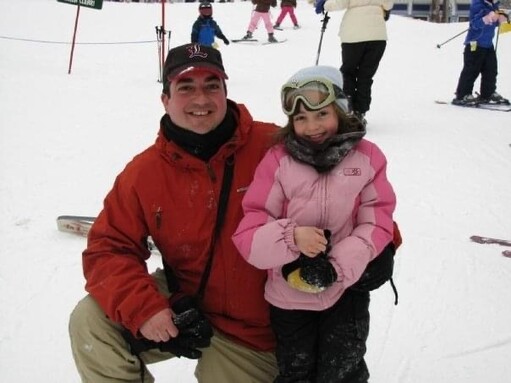 Please provide a valid email address
Cancel
SHARE
No doubt, I'm gonna miss ya bro. I couldn't ask for a better friend. You are one of a kind and no one would ever replace you. You are what fathers, brothers, husbans, best friends, sons, inspire to be. Nailed it. I'm truly honored to be your friend. I certainly learned a lot from you, thanks for everything, now hold it down till I get there. Yeah I know we'll probably get kicked out, but hey we'll have a good time doin it. Love ya man.
Love
Faith
Hope Gary M. Oct 16, 2020
Guest has provided contact information - Are you the obituary owner? Please Sign In to your account to view contact information.
Report as Inappropriate
Such a kind hearted soul. You could light up a room just like your father. You had his gift. So sorry it all ended for you at an early age. I’m sure your father welcomed you with open arms. And maybe a lecture. (Dads do that). Rest In Peace Jason❤️
Renee Spies Oct 14, 2020
Report as Inappropriate
Follow Story
Cancel

Kathryn Joe Wells-Lambirth was born in Nelson County, Kentucky on January 7, 1946, to Wallace Wells and Bernice Johns. As we look at her life in celebration and remember what...

He left behind one sister Melissa Adams one brother James Banks and three children Mathew Brown Ashley Banks and Lucas Banks There will only be a private family service...

Ricky Allen Montgomery JR, Age 40, of the Portland neighborhood in Louisville, KY, returned to heaven where he was greeted by the love of his life a few years prior Nicole...