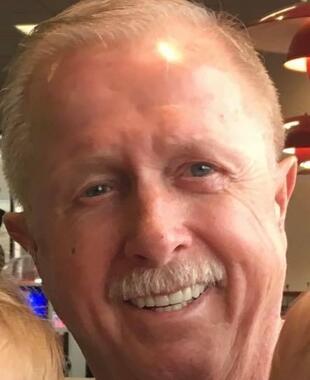 James A. Downing, Sr., age 73, left this earth racing his way to his heavenly home on January 13, 2020. <br /> <br /> Jim was born April 16, 1946 in Kansas City, Kansas. Jim's parents, Samuel Leroy Downing and Martha Louise Shephard Downing, moved with their ten (10) children to California in the summer of 1952. After his tour in Vietnam and his service in the Marine Corps, Jim married Dorma Jean Hale in October of 1966 in Mooresville, North Carolina and the newlyweds returned to San Diego County, California to live and raise a family. Jim and Dorma were married for 53 years. <br /> <br /> Jim had a life-long love of speed whether that was track and field in middle school, boxing in the Marine Corps, racing cars in the 70's at El Cajon Speedway, going to the horse races in Del Mar, watching Nascar, taking up sky diving in his 60's or driving his 2019 Ford Mustang Bullitt he purchased at the age of 72. A few may even recall the time he took a race car for a spin down a residential street in the middle of the night. <br /> <br /> Jim was fortunate to learn many trades over the course of his life. Working hard made him happy and work is where he thrived. He worked as a mechanic, a landscaper and a painter, but found his true calling in the construction industry. He became a General Engineering Contractor working on both commercial and residential projects throughout San Diego County. He approached each day and each job with zeal. Although he may not have realized it, he often quoted Mark Twain "Find a job you enjoy doing, and you will never have to work a day in your life." He never "worked" another day after becoming a Contractor. <br /> <br /> Jim was an example to everyone that knew him and had a grit that was unmatched. Life was a journey and every disappointment or setback was met with an inner strength and determination that allowed him to overcome life's challenges. When his body wouldn't allow him to do something he once did, he would find a new way of doing it. He was a fighter and if he was knocked down, he wouldn't stay down. That was just who he was and how he was made. <br /> <br /> Jim approached EVERYTHING in life with passion. Whether that was coaching his children in softball and Little League, playing blackjack in Vegas, bowling in a league at El Cajon Bowl, or playing a few rounds of golf. Lest we not forget that he was passionate about food. He loved to eat. Some of his favorite foods were fried chicken, watermelon, peach cobbler, popcorn, Mexican food, and last, but not least, ice cream. His greatest passion and the loves of his life were his grandchildren, his children and his great grandchildren and, make no mistake about it, in that order. <br /> <br /> Many people will remember Jim for his big smile and many more will remember him for his generous heart. Although Jim was never wealthy by most people's standards, whatever he had, he shared with the people in his life. He will forever be remembered as a fun-loving father to his children, the best "Popa" to his grandchildren, a pushover to his great grandchildren, a beloved brother to his siblings, a favorite uncle to many nieces and nephews, a surrogate father and/or brother to several extended family members and a true friend to all. <br /> <br /> Jim is survived by his four (4) children, Dawn Michelle Downing-Wahl (Michael Wahl) of Lowell, Arkansas, James A. Downing, Jr. of Nampa, Idaho, Rhonda Lynn Downing Thomas (Darrin Thomas) of Lakeside, California and Robert Wayne Downing of El Cajon, California, seven (7) grandchildren, Kayla Denae Trejo (Luis Trejo) of Ramona, California, Channing Renae Cassidy (Nathan Cassidy) or New South Wales, Australia, Madison Paige Almond (Blake Almond) of Centerton, Arkansas, Hayden Brooke Wilson (Tippin Wilson) of Hiwasse, Arkansas, Karley Shawn Thomas of Rogers, Arkansas, Macey Olivia Thomas of Lakeside, California, Braden Scott Downing of El Cajon, California, seven great grandchildren, Cairo Trejo, Ari Trejo, Brantley Dean Almond, Campbell Laird Cassidy, Leyton James Cassidy, Aero Trejo, and Marlow Cate Almond, a brother, Samuel Downing of Poway, California a sister, Connie Jane Michaels of Dryden, Washington, and countless nieces and nephews. Jim was preceded in death by his mother, Martha Louise Shepherd Downing, his father, Samuel Leroy Downing, and seven siblings, Louise Mahaffie, Sue Renfroe, Marcella Cupp, Donna Sandavol, Ronald Downing, and Robert Downing. <br /> <br /> With heavy hearts and much consideration we have come to the conclusion to postpone our father's Memorial Service and Celebration of Life Reception until further notice. We have done this out of concern for our family and friends. We want to be vigilant in the threat of spreading the Corona Virus and not put our loved ones at risk. <br /> <br /> We appreciate your support during this difficult time and hope to see everyone when it is safe to Celebrate our beautiful father and his life.   

To plant a tree in memory of James A. Downing, please visit Tribute Store.
Services by
San Diego Cremation Services

SHARE A MEMORY
Please enter your name
Cancel
SHARE
James was my father in law for 18 years. I loved him like a father. He was a great man with a huge heart and I will always cherish the memories I have of him. God bless and rest peacefully.
Mary Fortik Mar 07, 2020
Follow Story
Cancel

Maria Williams passed peacefully in her home surrounded by her family on 01/31/2020. She is survived by her children, Lewis Williams, Paul Williams, Donna Rancourt, Tom...

Mary Marlene Whiteside was born on March 1, 1939 in Stafford Virginia, to Thomas Jackson and Alverta Jackson. Mary was the eighth of nine children, seven sisters and one...

On March 23, 1948 a queen was born to Willie Carter and Siner Jones. They named this diva, Ivory Lee Carter. Making her their 8th child, Ivory was the baby of her siblings:... 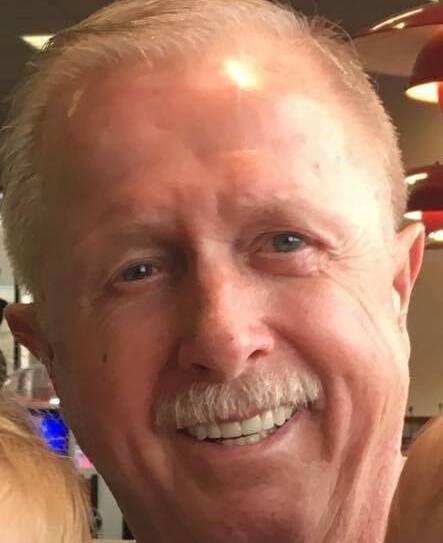