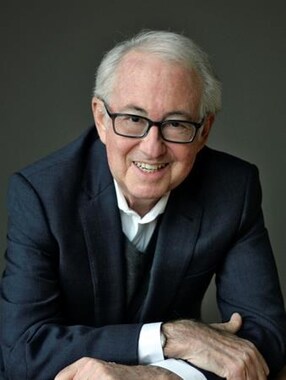 James Atlas, author and editor of biographies, dies at 70

NEW YORK — James Atlas, an author, editor and patron of literary biographies who broke thorough in his 20s by writing an acclaimed book on poet Delmore Schwartz and later oversaw releases on subjects ranging from St. Augustine to Elvis Presley, has died.

Friends and fellow writers and biographers posted online tributes, praising him as a generous supporter of other people's work.

"He was a friend to many biographers, including me, and one of the first to encourage me to write my book about Shirley Jackson," Ruth Franklin, whose Jackson biography won a National Book Critics Circle prize, wrote on her Facebook page.

Starting in 1977 with "Delmore Schwartz: The Life of an American Poet," Atlas was a singular champion of biographies, be it those he authored himself, the books he published through the Penguin Lives series he founded in 1999 or the books he later edited for HarperCollins and W.W. Norton & Company.

Atlas turned out dozens of brief works that were credited with reviving an art form dating back to ancient times and inspiring numerous publishers to launch similar imprints. His idea was to pair prominent contemporary writers with famous figures of the past: Irish writer Edna O'Brien on James Joyce, surgeon Sherwin Nuland on Leonard da Vinci, Southern writer Bobbie Ann Mason on Presley.

One Penguin Lives work, Garry Wills' biography of St. Augustine, was praised as a revelatory account of the Christian philosopher. Atlas was also proud of recruiting the bestselling travel writer and linguist Bill Bryson for a book on Shakespeare for HarperCollins' Eminent Lives series.

"We try to elicit enthusiasms," Atlas told The Associated Press in 2008. "I sent out these missives to writers I admire, sometimes into the Internet ether and sometimes by actual post. I sent some letters to Bill Bryson and sort of forgot about it until a few months later I got this letter from him. There's one word, followed by a question mark: 'Shakespeare?'"

Besides his daughter, he is survived by his wife, Dr. Anna Fels, his son William and a grandson, Otto.

Atlas was born in Evanston, Illinois, and became interested in Schwartz as a teenager after he learned of the famously tormented poet's 1966 death, at age 52.

He continued to read Schwartz while studying at Harvard University, where his mentors included Robert Lowell and Elizabeth Bishop, and an essay he wrote for a poetry journal in his mid-20s led to a book deal with Farrar, Straus & Giroux.

His Schwartz biography was a National Book Award finalist and Atlas' connection to the poet lasted through the following decades. In his 2017 book, "The Shadow in the Garden: A Biographer's Tale," he recalled suffering from acute depression and being "diagnosed with Delmore's main impairment, bipolarity."

Atlas' other books included the memoir "My Life in the Middle Ages" and an autobiographical novel, "The Great Pretender." The praise he received for his Schwartz biography led to his most contested work, a biography of Saul Bellow published in 2000. As Atlas recalled in the audio-only memoir "Remembering Roth," published in February, Philip Roth had sent Atlas an admiring letter after "Delmore Schwartz" came out and later suggested the book on Bellow. Working with Bellow's co-operation, Atlas spent a decade on the book and combined comprehensive research and insightful analysis with growing dismay over the author's private behaviour, chastising him for misogyny and homophobia.

"If you know Bellow and aren't dead, Atlas will have talked to you. If you had an opinion but bought the farm, he's read your diaries, your F.B.I. dossier and maybe your genome," New York Times critic John Leonard wrote in 2000. "Alas, the deeper into the biography, the harder it is to recall what we admired so much in the fiction."

The book helped lead to a long estrangement with Roth, although they did reconnect before Roth's death in 2018. During their last meeting, Roth spoke of mortality, inquired about the Kindle e-book device and, because he had lost his wallet, asked Atlas to lend him money. 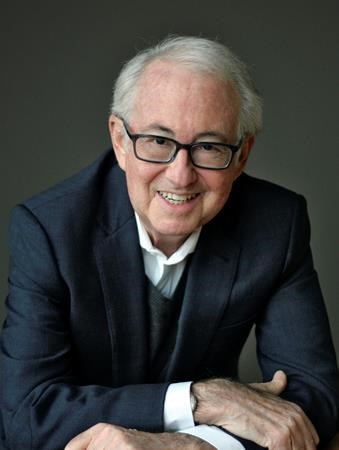