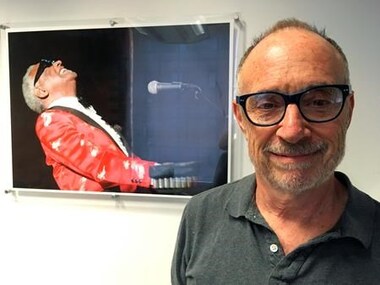 NEW YORK — Gregory Katz, an acclaimed correspondent for The Associated Press in London who recently led the news co-operative's coverage of Brexit and the election of Boris Johnson as prime minister, died Tuesday. He had been ill in recent months and had contracted COVID-19. He was 67.

His career over four decades took him across the globe, from Latin America to Africa, Asia to Russia, the Middle East and Western Europe. He was part of the team in 1994 that won the Pulitzer Prize for International Reporting at the Dallas Morning News for a series on violence against women around the world.

“In the male-oriented world of Mexico, where violent crimes against women are often winked at and condoned, the tropical city of Juchitan offers sanctuary to women who want to live without worrying about being raped or assaulted on the streets,” Katz wrote in a counterintuitive piece for the series.

“The reason: This is a city where women rule.”

A native of Westport, Connecticut, Katz also wrote frequently about music, particularly his lifelong passion for rock ’n' roll. He was the only journalist inside the Dakota Apartments on the night in 1980 when John Lennon was murdered and wrote a definitive account of the killing for Rolling Stone magazine.

He recalled how as a pony-tailed teenager still in high school, he had hitchhiked to the Woodstock music festival, sleeping on the muddy ground and drinking in the historic rock concert.

Katz was “a wonderful reporter and lyrical writer,” said Scott Kraft, managing editor of the Los Angeles Times and a friend of more than three decades. “I admired his work, and I cherished his friendship. He was such a generous spirit.”

Anne-Marie O’Connor, a London-based journalist and author, who covered Haiti and Cuba with Katz in the 1990s, said that “in addition to being a wonderfully curious reporter, Greg could be riotously funny, and his sense of humour elevated the esprit de corps of his colleagues on the road.”

Katz joined the AP in London as a correspondent in 2008 and became acting bureau chief in 2013. He was a familiar figure to many as a regular panelist on the BBC’s “Dateline London” program, discussing world events with other foreign correspondents.

Prior to AP, he was bureau chief for Europe and the Middle East for the Houston Chronicle newspaper, also based in London.

With a graying, close-cropped beard and a series of stylish hats, the soft-spoken Katz exuded an air of relaxed sophistication. A lifelong New York Yankees fan, he would stay up late at night to listen to Yankees games on the internet from London. He tried to attend the season opener every year and reveled in helping to cover the first regular Major League Baseball game played in London, a Yankees-Red Sox slugfest held in the 2012 Olympic Stadium last summer.

Ian Phillips, AP’s international news director, thought of him as a “suave, waistcoat-wearing, straw boater-wearing, gravelly-voice gent … an American abroad but my God how he assimilated!”

He noted that Katz covered British politics “from Blair to Boris” and Brexit, along with the royal family. “He managed to capture so much about British society in his writing — the nuance, the singularity, the humour, the tradition.”

A week before the 2016 Brexit vote, Katz wrote a story from Dover, England, that foreshadowed the surprise narrow victory of those advocating that the United Kingdom leave the European Union.

“Don’t try to talk to Brian Hall about economics, trading blocs or the value of the British pound. He won’t listen,” Katz wrote. “There’s one factor — and one factor only — shaping his view (in the vote): immigration.”

Katz was a devoted brother to his three older siblings, including his sister Stephanie, who preceded him in death last year. He often flew to New York to be with her and sip martinis at their favourite bar on Manhattan’s Upper West Side.

A first-generation American whose family roots stretched to France and New Zealand, Katz cherished his deep ties to coastal Connecticut, but effortlessly cultivated friends across the globe.

He was “a bon vivant” with an encyclopedic knowledge of jazz and baseball, recalled Richard Boudreaux, of The Wall Street Journal. “He could recite the starting lineup of just about any Yankees team going back to the late 1950s, when he was only a kid.”

“Sitting on the renovated cigar terrace at the Wellesley Hotel in London is a bit like camping out — if the tent you’re in happened to cost about $4 million,” he wrote last year.

Katz graduated from the University of Vermont and had his first professional job in journalism on Cape Cod, at the Provincetown (Mass.) Advocate. He later spent time at the Boston Herald American, the Fort Lauderdale (Fla.) Sun-Sentinel and USA Today before moving to Mexico City with the Morning News.

Katz underwent cancer surgery in London in February. He went home for several days afterward but suffered complications and returned to the hospital. While convalescing, he became infected with the coronavirus and fell ill with pneumonia.

He is survived by his wife, architect Beatrice Sennewald, and their daughter Sophia, a recent university graduate.

“Greg delighted in his work, baseball, music, sailing and his many close friends, but when it came to his wife and daughter, he thought he was the luckiest man in the world,” said Marjorie Miller, AP vice-president and global enterprise editor, who had known him since their days in Mexico in the early 1990s. “He was so deeply in love, it was always a joy to hear him talk about them.” 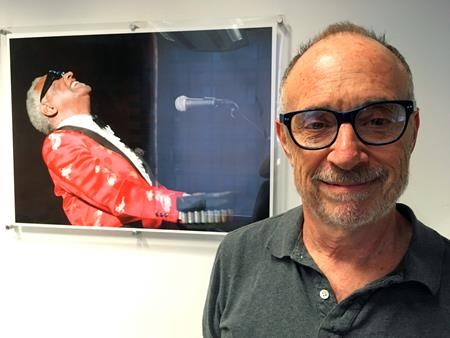