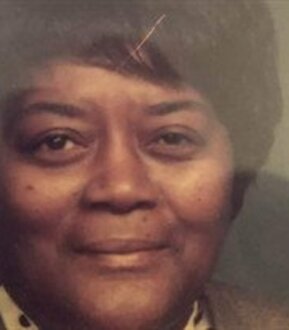 On June 18, 2020, Gladys Toland transitioned peacefully at her home surrounded by her daughters and grandsons, Sheik Kevin Jacobs-Bey and Ralph Collins at her bedside. She was 93 years old. Born on February 20, 1927 in Orangeburg, South Carolina to the late Thomas and Hattie White. She was educated in the South Carolina school system. She married her late husband, Earl Toland on February 12, 1944. From this union, eight children were born. Seeking better opportunities for themselves and their family, they relocated to Baltimore, Maryland. She worked various human service jobs. She gave her life to Christ at Doswell Temple Church of God in Christ under the ministry of Pastor James Doswell. She later joined Carter Memorial under the late, Elder Frank Ellis. She continued to follow the direction of Christ until her death. <br /> <br /> Glady's Toland, a benevolent caregiver, dedicated her life to fostering countless children. She adopted eight children to care for as her own. She received awards from the Department of Social Services in recognition of her outstanding services to the State of Maryland. Gladys was affectionately known as "Momma" or "Momma Gladys" to many. As a longtime resident of Mount Holly Street, she cared for many people in her community. Momma hosted her annual hat and glove drive at and decorations. As part of her Christmas celebration, Santa Claus and his elves appeared and distributed hats and gloves with a surprised dollar in each set. Not only did momma have a love of children, she enjoyed showcasing her home with a "showstopping" flower garden, which was featured on a local news station. <br /> <br /> Her most loved passion was cooking, "Momma" was a master chef and baker. Everyone enjoyed going to "momma's house for Sunday dinner and holidays. There was always a home cooked meal, homemade cake, pie or cookies. As a dedicated resident of the 1000 block of Mount Holly Street, momma prepared meals for her neighbors when they were sick, experienced death within their families, or just because she knew they enjoyed her cooking. Her love for cooking extended beyond her home. She operated her own catering business, preparing meals for many events throughout Baltimore City. Her favorite event was the Annual Red & Wine Women's Day celebration at Carter Memorial Church. <br /> <br /> Gladys is preceded in death by her four sons, Frank Toland, John Toland, Larry Toland and Ralph Toland; two daughters, Delores Finney and Lucille Collins, who departed her life hours after her mom; four brothers, Isaac White, Leroy White, Marion White, and Daniel White; one sister, Anne Eichelberger.

Send flowers
in memory of Gladys

I, Wayne Anthony Richardson was born on July 12, 1961 to Willie Goods and the late Delores Richardson. Raised up in the church, God knew me before I knew myself. Thanks to God...

santana was a loving girl she was smart beautiful and she was caring she loved to make others happy she always put god first her mom was kristy Nicole Oxendine her mother was...

Rawshad was a great person. A great family member and friend but more then that he was a great father. You will be missed and never forgotten. 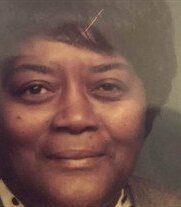