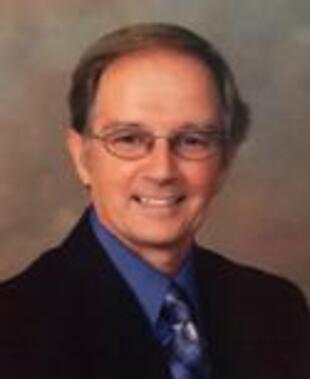 Asheville - Ernie Phillips, 68, went to be with his Lord on November 29th, 2018 in Asheville, North Carolina. <br /> <br /> Ernie was the son of the late Vernon and Pauline Phillips of Cool Ridge, West Virginia. Ernie loved the Lord, his family, his church, his southern gospel music ministry, and his country. Ernie served his country for three years (1970-1973) in the United States Army, stationed in Baumholden, Germany. While in Germany, Ernie worked as a missile repair parts specialist and radio relay technician, resulting in an Army Commendation Medal for working two jobs at the same time. <br /> <br /> Ernie was a member of the Kingsmen Quartet from 1977-1983 during which time he was affectionately dubbed "The Little Giant". Ernie was nominated as Favorite First Tenor by the Singing News Fan Awards for 6 years. He won the tenor award in 1980 and 1981. <br /> <br /> Ernie was also a part of Squire Parsons Ministries for several years. Ernie then had a solo ministry before becoming a member of the Land of the Sky Boys Quartet from February 2000-October 2018. Ernie also sang with the Landmarks Quartet from Erwin Tennessee from 2006-September 2018. <br /> <br /> Ernie retired in 2010 from the VA Medical Center in Asheville with 30 years of service. <br /> <br /> Ernie was a member of Trinity Baptist Church in Asheville. <br /> <br /> Ernie was preceded in death by a son, Chad Aaron and a sister, Lois Linkous. <br /> <br /> Left to cherish his memory are his wife Bonnie, son Eric (Lauren) of Gadsden Alabama, 2 daughters, April and Stacey (Brooks) of Asheville North Carolina, grandchildren, Carli and Blake, sisters Lana Bell (Larry) and Lorraine Hart (Sam) and nieces and nephews. <br /> <br /> A homegoing celebration will be held 2 PM Monday, December 3, 2018 at Trinity Baptist Church with Pastor Ralph Sexton, Jr., Pastor Donnie Walker and Pastor Allen Rash officiating. Family will receive friends from 12 to 2 PM Monday prior to the service at the church. Burial will follow at Green Hills Cemetery. <br /> <br /> Pallbearers will be Keith Cable, Larry Spears, Gary Surrett, Ford McCurry, Brian Redfield, and Harold Whitted. <br /> <br /> Honorary pallbearers will be members of the Land of the Sky Boys Quartet and the Landmarks Quartet. <br /> <br /> The family would like to thank members of CarePartners Hospice for their care and kindness to Ernie, especially his nurse Aaron and sweet CNA Morgan. <br /> <br /> The family is being assisted by Anders-Rice Funeral Home. <br /> <br /> Memorials may be made to Trinity Baptist Building Fund, 216 Shelburne Road, Asheville, North Carolina 28806.

Plant a tree in memory
of Ernie

SHARE A MEMORY
Please enter your name
Cancel
SHARE
Ernie and I were cousins. I will never forget the day he got the call from the kingsmen and saying Ernie welcome to the group. I will cherish all the memories of his life.
Janice Phillips Dec 03, 2018
Ernie was a great man and it's hard to see him go. I am hoping for happy days to come for the family.
Jackson Smith Nov 30, 2018
Follow Story
Cancel