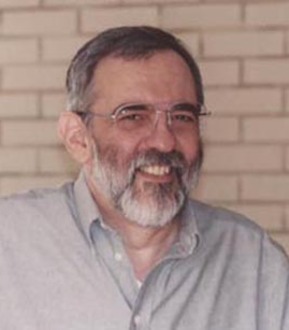 Survived by his wife of fifty-four years Barbara Hammel nee' Sidman, children Remy (Omar) and Daniel (Meggin), brother Mark, niece Alyssa, grandchildren Leila, Gabriel, Jordan, Mason, and Elizabeth. Rick, as he liked to be called, was born on June 29th, 1946 to parents Hannah and Fred in Salem, MA with his first two years spent in Peabody, MA. The family moved and Rick spent his formative years growing up in the Logan neighborhood of Philadelphia, PA. Rick graduated from his beloved Central High School in 1964 with class 221 and went on to complete a degree in Journalism from Temple University. Spending time on two kibbutzim following the Yom Kippur War in Israel, he and wife Barbara returned to the states and drove across the country to the San Francisco Bay Area where they settled and started a family. A prolific writer, authoring over 50 military history books, countless articles, and publisher of many others works, writing became a passion he found in his youth while laid up with a sports injury. His dedication to writing and specifically to the Marine Corps was his life's pursuit and dreams realized. Eric excelled at his craft of narrative history by telling the stories of others' sacrifice in plain English. His love especially for the Marines of the Beirut Bombing is felt to this day. Rick quietly mentored many authors over the years and helped military veterans reckon with and recover from the mental wounds of war by hearing their stories and putting their words to paper for all to see so that the mistakes that brought them that anguish should not be repeated. Rick died peacefully in his sleep with wife Barbara by his side. <br /> <br /> Contributions to Rick's memory can be made to Congregation Beth Israel Judea located in San Francisco, CA or to the Michael J. Fox Foundation for Parkinson's Research.

Plant a tree in memory
of Eric

Please provide a valid email address
Cancel
SHARE
We were so blessed to take Eric into our family "fold". He co-authored a book, "Bloody Tarawa" with my brother, John E. Lane. He just fit perfectly in our family and we are all the better for having known him. Blessings to Baraba and family.
Kay Lane Sep 03, 2020
As a Hue City Vet, I greatly appreciated Rick's superb 'reporting' on our dire times in Hue... I 'opened' the battle as S-2 1/1 making the rounds of the various agencies in the 'New City' late the evening of Tet and reporting back to 1/1 & 1st Marines (responsibles for TAOR) that something big was going down and the truce would be broken... Not believed by S-3, 1/1 & some higher ups at Phu Bai... There was a big gap in official operations reporting during the chaos of those early days and Rick's historical research & writings have helped bridge those gaps... All of Rick's endeavors will never be forgotten by Marines and I thank God he did what he did... Rick we miss you! Condolences to his friends, family & loved ones... May he rest in everlasting peace... Robert Black - Former Captain, Always Marine
Robert Black Sep 03, 2020
Guest has provided contact information - Are you the obituary owner? Please Sign In to your account to view contact information.
What a legacy!
May his memory be a blessing
Lee Huberman Sep 02, 2020
My deepest condolences to the Hammel family, you are in our thoughts and prayers.

Myron Kyle
President
Beirut Veterans of America
Myron Kyle Aug 27, 2020
Guest has provided contact information - Are you the obituary owner? Please Sign In to your account to view contact information.
Hilary and I send our deepest sympathy to you and your family about Eric. He was a remarkable military historian, and I am sorry that I didn't get to know him better. Please extend our condolences to all of your family. We are still in near total lockdown in Melbourne because of the virus.
Bill Rubinstein Aug 26, 2020
Follow Story
Cancel

Dr. Eugene Rogolsky was someone who had a passion for medicine, not only in practicing, but in the teaching as a Keck Medical Professor and mentoring of other physicians. A...

Mary V. Flores, 86, of San Bernardino, California, passed away on July 16, 2020 in the City of Yucaipa. She was born to parents Amado De La Cruz and Juanita Veloz De La Cruz on...

Our gorgeous Leigha was born on May 25, 1989 to Jill Johnson Dangerfield and Clayton Dangerfield in Salt Lake City, Utah. She made her last sarcastic comment and eye roll on...

The 4 Most Affordable Cremations in Los Angeles 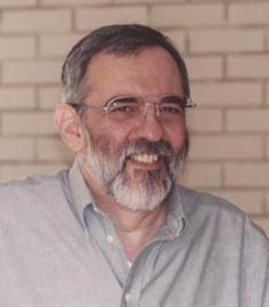