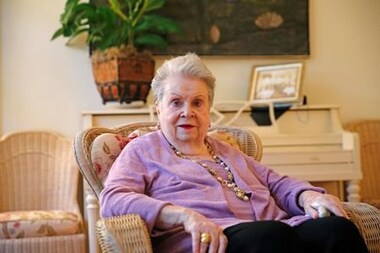 NEW ORLEANS — Ella Brennan, who couldn't cook but played a major role in putting New Orleans on the world's culinary map, died Thursday. She was 92.

"Tonight, the iconic Commander's Palace sign will not be lit," said a statement emailed from the Commander's Family of Restaurants. It said Brennan died with family and friends by her side, and services will be private.

Ella Brennan was credited with creating nouvelle Creole cuisine, was the matriarch of a family that owns nearly two-dozen restaurants — more if you count every outlet of a local pizza and po'-boy chain — and, at Commander's Palace, cultivated many of the city's top chefs, including Paul Prudhomme and Emeril Lagasse. She won the James Beard Foundation's lifetime achievement award in 2009.

"Ella Brennan was an icon in the culinary industry, and she graciously shared her passion for New Orleans and our cuisine with the world," said Gov. John Bel Edwards in a statement. "She was a trailblazer with a tenacious spirit who made it her mission to learn everything possible about the restaurant business from the ground up."

Or, as Brennan summed up her life's experience in October 2015, "I had a barrel of fun and if anybody calls that work they're crazy."

Her speech when Commander's Palace won the second James Beard award for outstanding service was equally succinct and self-deprecating: "I accept this award for every damn captain and waiter in the country."

"The entire auditorium rose to its feet for a standing ovation as my mother endeared herself to anyone who has ever set a table or taken an order," her daughter, Ti Adelaide Martin, wrote in the introduction to their book "Miss Ella of Commander's Palace."

Brennan didn't inherit her mother's talent for cooking. "She can't really boil water," Lagasse said days before Brennan's 90th birthday in November 2015. But, he said, "She's one of the greatest restaurateurs I've ever met. She has an incredible palate and an even more incredible mind. And she just has this way with people, of leading and showing the way of exceptional hospitality."

Brennan started in the restaurant business as a high school kid working in her oldest brother Owen's bar and restaurant. After graduating, she took a few secretarial classes but happily dropped out in the 1940s to work full-time for her brother. Mostly, she taught herself, reading books and magazines and asking questions of vendors, butchers, and just about anyone else who crossed her path.

Her mentoring took many forms: weekly "foodie meetings" to discuss any and all aspects of food and the restaurant business; trips to New York and abroad to learn from restaurants and stores; comments and notes.

Lagasse recalled one note handed to him during his early years at Commander's Palace: "When you come to work tomorrow, do me a favour and leave your ego at home."

They'd often sit at her desk together on Saturdays to thumb through menus and cookbooks, discussing their experiences and how to "creolize" dishes for Commander's customers.

Lagasse said Brennan also taught him his philosophy: "getting up every day and trying a little harder than the day before."

One of Brennan's mottos was "If it ain't broke, fix it anyway."

Brennan grew up with two sisters and three brothers, children of a shipyard supervisor and a woman who loved to cook and entertain.

Her first full-time job was at the Vieux Carre, the predecessor to Brennan's Restaurant. Owen Brennan was in the middle of planning for Brennan's when he died in 1955 at age 45. Plans for a bank loan fell through. The family took out new mortgages, borrowed from in-laws and friends, and the restaurant opened.

In 1969, Ella and younger brother Dick Brennan bought Commander's Palace, then 96 years old. They began managing it in 1974, about the time Owen Brennan's widow ousted the rest of the family from Brennan's. Dick and Ella Brennan brought in Prudhomme — the first American chef at a major New Orleans restaurant — a year after buying Commander's Palace.

The American Culinary Federation's New Orleans chapter named an annual award for her. Its website states, "Her talent for teaching and coaching young people with a passion for the restaurant business has led to a legion of chefs who named her as their mentor."

"Her vision, her treatment of people, her development of so many of our great chefs as well as cuisine made her a leader far ahead of her time," said Stan Harris, CEO of the Louisiana Restaurant Association. "Her family sustained a significant loss." 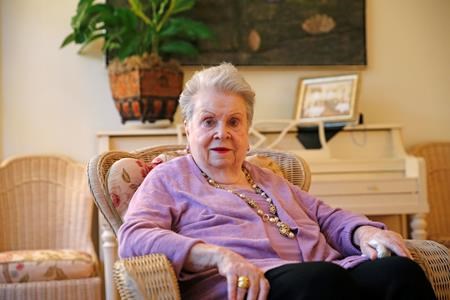