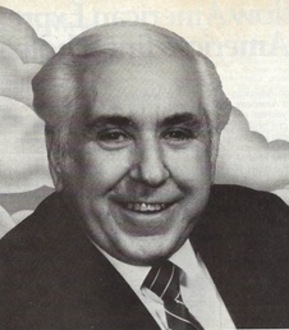 It is with great sadness to announce the passing of Donald Charles Rhoads, born October 3, 1931 in Kansas City Missouri, son of Major Mack Rhoads and Betty (Gertrude) Malvana Ryan, on June 2, 2019 in West Hills, Los Angeles County, California. <br /> <br /> At the age of 13, Don and his mother relocated to the West Coast, attending and graduating from Belmont High School in East Los Angeles where he formed lifelong friendships that he enjoyed until his death. At the age of 16, Don attended Los Angeles City College, completing four semesters, studying engineering and business while working as machinist at Wagner Brake Products. <br /> <br /> On October 30, 1951, Don reported to the United States Army where he served in the 2d Ordinance Training Battalion, stationed in Aberdeen Proving Ground, Maryland and Frankfurt, Germany. Following his honorable discharge in 1953, Don served in the U.S. Civil Corps of Engineers. On June 26, 1957, after successfully passing the written examination in Civil Engineering, Don received the status of an eligible rating, which is the equivalent of receiving a Bachelor of Science Degree in Engineering from an accredited college or university. <br /> <br /> An engineering background was easily parlayed into a profession in computers. Don held various management positions in established, as well as, start-up companies like: Bendix Computer, Control Data, Univac, Varian Data Machines, Computer Automation, Computer Industries, Inc., Litton Industries, and Lockheed Electronics. <br /> <br /> As was Don's personality, he branched out from the computer industry to become the Director of Marketing for Burreson Investment Co., Inc., a holding company of real estate, oil, hotel and insurance interests. <br /> <br /> From 1973-1979, Don was the President and General Manager of Motorhome Centers, a holding company for three automobile dealerships and the largest R.V. center in the world. <br /> <br /> In 1979, Don owned and operated Mission Volkswagen in San Fernando, California; a completely family-run operation, as his wife Shirley and his daughters worked in all aspects of the business. As luck would have it, purchasing an automotive dealership in 1979 amid the national gas crisis, even a VW dealership, was an effort that could not be sustained. <br /> <br /> Not to be deterred, in 1980, Don was a crucial collaborative element in the formation of Jet America Airlines where he served as the President and Chief Executive Officer until its sale to Alaska Air Group in August 1997. During that time, Don assisted in raising in excess of $30 million dollars in two private and three public offerings. The company employed over 1,000 employees with revenues in excess of $110 million dollars and was listed on the American Stock Exchange. <br /> <br /> Following the sale of Jet America, Don formed D.C. Rhoads and Associates, a management consultant company with clients including, Hawaiian Airlines, E.F. Hutton, California State University Northridge Advisory Council, Quinn's Health Pantry, Icarian Fitness Co., Alan Johnson Enterprises and countless others, as well as serving as the Director of Aviation of Eagle Airline Group and Vice President of Inflight Gaming Incorporated. <br /> <br /> To add to his illustrious resume, Don taught courses at UCLA and California State University Los Angeles. <br /> <br /> Don is preceded in death by this loving wife of over 30 years, Norene T. Rhoads who sadly passed away on June 12, 2017. <br /> <br /> Don is survived by his 5 daughters: Cindy Slotnick, Sandra Andrews, Candice Spoon (Robin), Wendy Johnson (Craig) and Sunnie Alber (John); his 9 grandchildren: Christopher, Valerie, Megan, Annie, Max, Jack, Emilie, Bailie, Rylie; 3 step-grandchildren: Whitney, Laura & Matthew; 3 great-grandchildren: Dominic, Oliver and Haley; his nephew Mike Evans (Cheryl) as well as his step-daughter Debra Woehler (Richard) and her daughter, Michelle Garcia (Gabriel) and their two children Nicholas and Sophia. <br /> <br /> Those who knew Don, know him for his idioms and his favorite: "Don't send me no flowers when I can't smell 'em." Therefore, in lieu of flowers, you may make a gift in his name to "Maya's House" the incredible loving residential home that took care of Don in his last days. Donations can be made payable to Maya's House c/o Sunnie Alber and mailed to 28809 Carnation Court, Castaic, CA 91384 or through GoFundMe at the link: www.gf.me/u/tfjq9q . <br /> <br /> Services for Don are scheduled for Saturday, July 20, 2019 at 12:30 p.m. at Forest Lawn Mortuary, Hollywood Hills, 6300 Forest Lawn Drive, Los Angeles, CA 90068 in the Columbarium of Morning Hope area; with a celebration of his life immediately following in the Hall of Liberty at Forest Lawn.

Plant a tree in memory
of Donald

SHARE A MEMORY
Please enter your name
Cancel
SHARE
I first knew Don at Jet America and we were in regular touch ever since. I'd stop by Henderson and see them both. We talked business from time to time. He would reminisce about the airline industry and Jet America. They were good times.
I hadn't heard from him for some time and I was worried --- but now I know why.
He was a big man in many, many ways. He will be missed by my wife and I --- and I'll remember him for his positive attitude and his solid friendship
Patric Barry Aug 18, 2019
Don was a great guy who unselfishly taught, mentored and led many people.
I can't express how much he positively impacted my life and how much he taught, mentored and pushed me from 1972 thru 1977 at Motorhome Centers where I reported to him.
I have enjoyed a lifetime of telling stories about Don and all the fun times we had and all that he taught us.
Don did not just touch the people he knew - I can attest that his management skills and many business and personal lessons have been passed on by myself and others that he touched to the people they touched in their lives.
He will be missed but never forgotten.
Frank De Gelas
Frank and Donna De Gelas Jul 20, 2019
Don and I graduated form the same school at the same time, Belmont. We both hung out at the 10th street location where we got into cars. It was fun time. We took a trip to St. Louis to visit his folks. Well worth the trip.
Don was the best man at my wedding . He knew my wife and children and I his. As the years went on we grew apart as he had jobs that moved him into different circles that mine.
Every once in a while we would see each other. When I had an Army reunion in Las Vegas we got together at his home in Henderson NV. That was the last time we saw him for a long time. Until my son Roger got hold of one of his daughters and said his wife ,Noreen, had died and Don was living in an Assisted Living place in West Hills. I went to see him several times. I got a group of friend together and went various restaurants, lots of fun to get together and remember old times.
Went to his 88th birthday party and renewed all our family friendships. That was the time I saw him.
I certainly will miss whims we had many god times together.

Fred Gorke
Fred Gorke Jul 06, 2019
I was 18 when I worked at (Jet America) and remember your Dad joked at my employee number 0910, “didn’t realize we had that many”! So sorry for your loss.
(LinkedIn wj)
Kandi Hobelman Jul 04, 2019
I am so very sorry for your loss. Don was a very special person. ... At this sad time may you feel God’s presence of peace, grace, and love.
(From LinkedIn wj)
Fr. Ted Leenerts, Jet America Pilot Jul 04, 2019
It is never easy to lose a loved one. My desire is that you find consolation in the promise of God found in Revelation 21: 3-4 that says that soon, "He, will cleanse all tears from our eyes, and death will no longer be, nor will there be more mourning or outcry or pain." We will see all of our loved ones when they are resurrected in a beautiful paradise here on earth, my deepest sympathy to the family.
rebeca Jun 24, 2019
Don sat at the helm of “Executive Row” of Jet America Airlines and was a spirited presence every day. I was the assistant to the CEO of finance (first for Greg Andruk and then for John Severson). When I returned from a trip to Rio de Janeiro, I decorated my cubicle wall with a thong bikini and I got called into his office...but it was just to tell me he LOVED it! Lol! What a guy!
Kathryn Park Lau Jun 17, 2019
Follow Story
Cancel 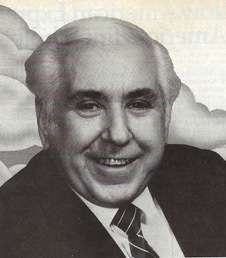