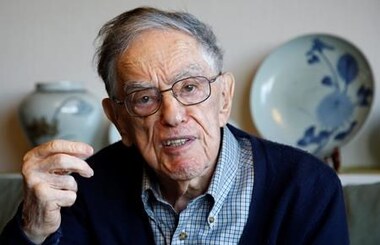 Japan scholar and translator Donald Keene has died at 96

TOKYO — Donald Keene, a longtime Columbia University professor who was a giant in the field of Japanese literature and translation, died Sunday in Tokyo, the city that he had made his home. He was 96.

His death was confirmed by Akira Someya, secretary general of the Donald Keene Center Kashiwazaki in Japan's Niigata prefecture. Someya said the cause of death was heart failure.

A grandfather-like figure to generations of students, Keene fostered the growth of Japanese studies, a field that barely existed when he started as a Columbia undergraduate in the 1940s.

The prolific scholar, who worked well into his 90s, published about 25 books in English, including translations of both classical and modern writers, and some 30 in Japanese. His landmark first anthology of Japanese literature was published in 1955.

He came to feel at home in Japan, where he received many honours for his work, and settled permanently in 2011.

His introduction to Japanese literature came in 1940 when he came across a two-volume translation of "The Tale of Genji," an 11th century classic, selling for 49 cents at a Times Square bookstore specializing in remainders, he wrote in a 2008 memoir.

He went on to learn Japanese at a U.S. Navy language school during World War II. He translated captured Japanese documents in Pearl Harbor and later interrogated prisoners in Okinawa, Japan.

Keene earned his Ph.D. from Columbia in 1949, and taught at the University of Cambridge in England for five years. He returned to Columbia in 1955 and taught for more than five decades, delivering his last lecture as an emeritus professor in 2011.

His translations included works by 20th-century writer Yukio Mishima, who was a friend. Keene also wrote a biography of the Meiji Emperor, published in Japanese in 2001 and in English in 2002.

He was by all accounts an enthusiastic teacher who lectured without notes and "made you fall in love with even the most boring and exasperating works," former student and Columbia professor Barbara Ruch wrote in a 2011 tribute for a symposium on Keene's legacy.

Recalling her Ph.D. studies at Columbia in the 1960s, she said, "His translations had already clearly launched a new field in the U.S., and he was, even then by all accounts, the one and only under whom to learn the discipline."

Keene became a Japanese citizen in 2012 and adopted a Japanese man, Seiki Keene, as his son in 2013. 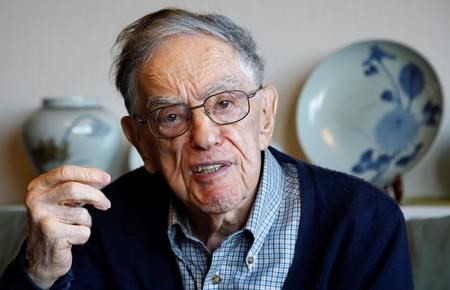