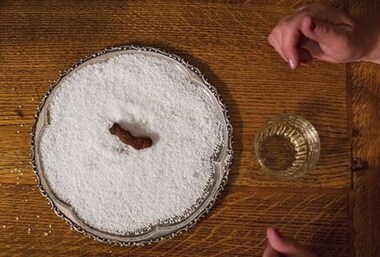 WHITEHORSE — A ceramic urn in the shape of a human toe will soon hold the ashes of the founder of the legendary Sourtoe Cocktail, the whisky drink that comes with the touch of a pickled human big toe.

Dick Stevenson, the former Dawson City, Yukon, bartender known by his nickname Captain Dick, died last week, but his daughter said Sunday his spirit will live on as long as Sourtoe Cocktails are being served.

"That was his life: inventor of the Sourtoe Cocktail," said Dixie Stevenson, who was packing her father's belongings at a Whitehorse elder care facility where he lived.

"He didn't care anything about the money, he just wanted the fame to go on for the rest of history," she said. "It brought him the most fame of anything he's ever done. Worldwide pretty much."

Stevenson came up with the drink idea in 1973 after finding a frost-bitten human toe preserved in a jar in a cabin he purchased. Stevenson was 89 years old when he died last Thursday.

Dixie Stevenson said her father wanted his Sourtoe Cocktail legacy to continue long after his death.

"Dad is a publicity hound and he just said he was going to be more famous after he's dead," she said.

Stevenson said her father's will asks that his 10 toes be taken to the Dawson City bar where the cocktail is served. She said she originally thought his will called for just his two big toes, but in fact it states all 10.

Stevenson said her father also asked that his ashes be kept at the same establishment.

She said prior to his death, he commissioned a local Whitehorse artist to make a toe-shaped urn to store his ashes, "and then he got one of his carpenter friends to make a platform for the urn, and it's already installed above the bar at the Downtown Hotel waiting for his ashes."

Stephen Lancaster, manager of the Downtown Hotel in Dawson City, where the Sourtoe Cocktail tradition continues, said patrons at the Sourdough Saloon and members of the community are deeply saddened by Stevenson's passing and are planning events to honour him.

Lancaster said the saloon has records of more than 93,000 brave customers who are members of the Sourtoe Cocktail Club started by Stevenson.

"You can drink it fast, you can drink it slow, but your lips must touch the toe," says the club membership motto, which involves drinking a shot of whisky from a glass that also contains a pickled human big toe. Lancaster said he expects the club to reach 100,000 members this summer.

This report by The Canadian Press was first published Nov. 17, 2019. 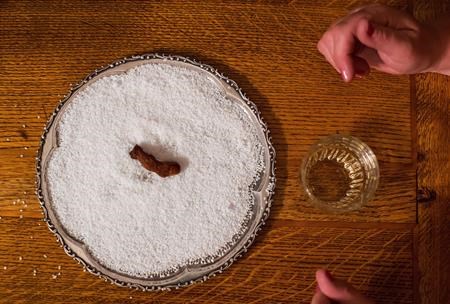