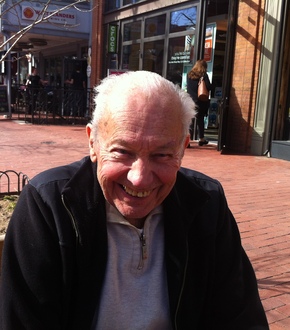 Dale R. Lund, passed peacefully in Forest Park, Illinois on Friday July 24th, 2020. Dale was born May 26, 1933 to Violet Pearson. He grew up in Bridgeview and resided in the Riverside / Berwyn area most of his life. Dale went to Argo High School. He had a strong work ethic and worked in the furniture recovery business until he was 80. He was very generous with family, friends and employees, taking them out to dinner and loaning money to give them a leg up when the chips were down. Dale loved adventure and excitement. He took his family on spectacular vacations to the Bahamas, Colorado and to the Caribbean - a family favorite. Fun side trips included horseback riding on the beach, snorkeling in the ocean, chartering a catamaran to an island and river rafting. He had a great smile. He played in the Chicago politics scene: weekly meetings with the mayor and poker on Fridays with dignitaries and notorious friends. Dale had many lives. He survived scarlet fever isolated in a glass case (as a child), malaria during the Korean War (evacuated on a helicopter on a stretcher packed in ice), many near misses while on the front line of the Korean War, a near-fatal car accident that required more than a hundred stitches to his face, prostate and stomach cancer until leukemia took his life. A fighter to the end. He hobnobbed with the famous. Running late, he got a police escort to meet Larry Hagman for dinner. He spent a week in Hawaii at Tom Selleck's home. He attended many banquets with countless sports heroes from Dan Marino to Brian Boitano. Dale was preceded in death by his mother, Violet Pearson; and survived by his brother, Rich Lund; sister, Shirley Rice; Barbara, mother of his children and married to for 40 years: and daughters Diana (Dave) and Gia (Patrick) Gabriella. Dale's fun loving spirit and generous heart will be greatly missed by his family and friends. The family hopes to have a celebration of life in the future. Memorial donations may be made to Edward Hines Jr. VA Hospital.