BACK
Beyond the Dash
×
In this Nov 13, 2008 file picture Clown Dimitri is pictured , in Zurich, Switzerland. The well-known Swiss entertainer died at the age of 80 as his family confirmed Wednesday, 20 July 2016. Dimitri was a popular clown and mime. (Walter Bieri/Keystone via AP) 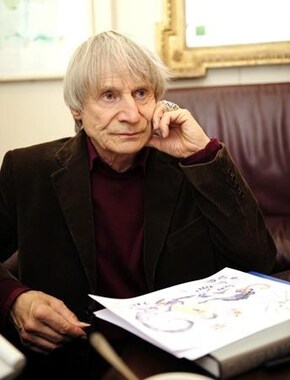 GENEVA — Clown Dimitri, a beloved Swiss clown and mime over nearly six decades who studied under Marcel Marceau and spread smiles from Broadway to Congo with a traditional style that shunned modern, high-tech theatrics, has died, his office said Wednesday. He was 80.

Dimitri died Tuesday at his home in Borgnone in the southern Ticino region next to Italy, said Verena Graf of the "Clown Dimitri Secretariat" by phone. She said she did not know the cause of death, but he had not been ill, and she had seen him two days ago.

A man of few words in white-face on stage in a country with four official languages, Dimitri spoke to audiences by combining naive, bumbling with acrobatics and skill at a vast repertoire of musical instruments. His was elemental, no-frills, old-school clowning that is set to carry on with a , school, museum and troupe known as "La Famiglia Dimitri."

Jakob Dimitri was born in 1935 in the nearby village of Ancona, and at age 7 knew that he wanted to become a clown. In 1958, he trained under and befriended the French great Marceau, Dimitri's self-avowed idol, and a year later performed his own show.

"I am a rather positive, optimistic and gay clown, without being superficial," he told a Swiss TV interviewer in a report timed for his 70th birthday, a decade ago. "I don't fit with the cliché of the sad, melancholy clown with tears — even if I do have painted tears under the eyes."

Dimitri was also involved in humanitarian work. As an ambassador for UNICEF in 1995, he took a trip to war-battered Sarajevo. Six years ago, he to Congo with an anti-torture human rights group.

From his base in the Ticino village of Verscio, a report aired by Switzerland's state broadcaster RTS last year showed Dimitri still bouncy and limber. "I am still young in my mind. And my body...," he said, trailing off. "Clowns are immortal, everybody knows that."

Dimitri had a busy schedule still ahead this year, and performances were booked into next year. In the RTS interview, musing about the likely impact of strenuous, sweaty work on stage on his longevity, Dimitri quipped with a smile: "I weigh 60 kilos. I lose a half-kilogram (1 pound) every time. You can do the math yourself: How much time do I have left before I disappear?"

He is survived by five children and his wife. Funeral arrangements were not immediately available. 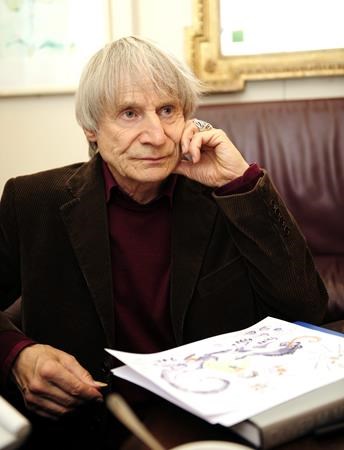