On a joyous and unusually warm day in Chicago, Illinois on Saturday, December 7th, 1963, Christine Marie Kuemper, was born to Rosemary and Benno Kuemper. On Sunday, July 5th, 2020 it is out of great sadness to announce Christel passed away in Alpine, Texas at 56 years old. <br /> <br /> Ever since a child, Christel loved and rescued every animal she could. As a child, when her Grandpa, sister Veronica (Ronnie) and older brother Ed went fishing in Wisconsin, Christel would sit talking to the minnow that would serve as bait. At the end of the day, with the caught fish in a bucket, Christel was petting the "sleeping" fish, who her grandfather didn't have the heart to tell her were indeed dead. Christel, while afraid of needles, was not afraid of snakes. Christel, with her persistent and adamant attitude, convinced her dad and sister Ronnie and brother Ed to help rescue and make pets of a family of snakes they found during their vacation in Wisconsin at the land their parents owned, on their way to a small shack they were going to build. They were walking and right in the middle of the path was a snake's den. Her dad caught all the snakes and placed them in a minnow bucket for safe keeping during the trip home. When packing up the van the bucket full of snakes fell over, freeing all the snakes who slithered into hiding places in the van. One by one, her dad set them free and all were found except one who was never found. <br /> <br /> Christel's love for animals never waivered which led to her training many dogs over the years and spending time in the healing presence of horses. Christel loved bi rds and being entranced by their morning song, so much so that she had her close friend build an aviary so she could care for the very birds that brought her daily encouragement. <br /> <br /> While it was rare for Christel to share, she had a creativity and talent beyond many artists, particularly drawing animals. <br /> <br /> Christel, who we all know is "perfect" shared a room with her sister as a child. Unfortunately for Ronnie, Christel was still growing in the area of patience when trying to sleep and hearing her sister snore. To deal with this dilemma, Christel would take her stuffed animals or pillows, whichever was closest in her reach, and with great force fling toward Ronnie until the snoring subsided. Christel grew up with a strong work ethic that was ingrained in her. Christel has worked in antique shops, plastics manufacturing, retail, home/office cleaning, and the most important job of all as a mother. <br /> <br /> Christel was a loving mother to her 4 children; Eric Edward O'Brien (34), Nicole Marie O'Brien (31), Trevor Jeffrey Vetor (26), and Dietrich Benno Vetor (23). Christel would race Eric around the house in Wisconsin Dells, not holding back and still Eric never seemed to lose a race. Christel would blast Cyndi Lauper's "Girls Just Want Have Fun" while her daughter jumped on Christels' bed singing at the top of her lungs to match Christels' loud and joyful singing. With Christel's love of plants, she even sacrificed some of her own blood when she stumbled right onto a barrel cactus which led to Trevor being responsible to pull each needle out of her butt and with the last needle being pulled out Christel couldn't hold it in anymore and passed gas right into Trev's face. Spending time with Dietrich, especially the rare times mom would let someone else drive, talking and listening to music. <br /> <br /> Since before 2014, Christel began struggling with her physical health and was diagnosed with COPD and severe anxiety. After a few years of struggling, Christel was Baptized in 2016 at the Church In The Mountains, in Fort Davis after experiencing and devoting the rest of her life to know and spread the good news of her Savior, Jesus Christ. <br /> <br /> Revelation 21:3-5 <br /> And I heard a loud voice from the throne saying, "Behold, the dwelling place of God is with man. He will dwell with them, and they will be his people, and God himself will be with them as their God. He will wipe away every tear from their eyes, and death shall be no more, neither shall there be mourning, nor crying, nor pain anymore, for the former things have passed away." <br /> <br /> And he who was seated on the throne said, "Behold, I am making all things new." <br /> <br /> It is with that promise, that Christel's surviving family including her mother Rosemary Privitzer-Gruber, her sister Veronica (Ronnie) Garcia, her brother Bernard "Butchie" Kuemper, her four children (Eric, Nicole, Trevor, Dietrich) find comfort. Christel's earthly struggles are no more and she is covered for eternity with Jesus Christ in everlasting peace. 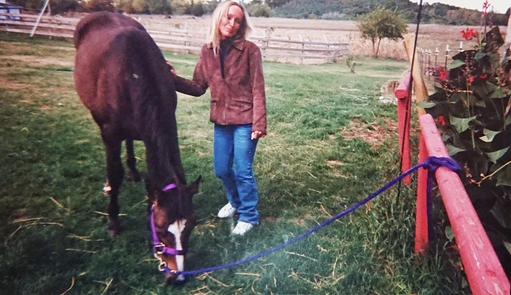 Larrilynn Jones was a loving mother, daughter, sister, wife and a great entrepreneur. She was born on January 22, 1979 in New Orleans, Louisiana. She passed away in her sleep on...