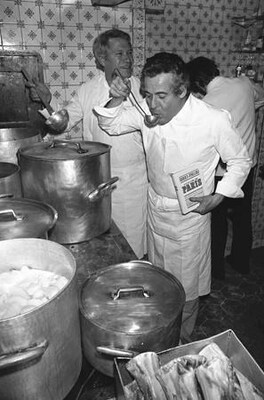 PARIS — Christian Millau, who built the Gault & Millau restaurant guide series and was among the originators of the nouvelle cuisine food movement, has died at age 88.

The Gault & Millau publishing house announced Monday that Millau died Sunday. It did not provide details, but described him as "impertinent and independent."

Born in 1929, Millau started as a journalist and joined Henri Gault to produce their first restaurant guide in 1969. It sold 100,000 copies and evolved into a French diner's staple. The series uses a rating system based not on stars, but the number of "toques" or chef's hats.

Millau preached against food fads and for a focus on fresh products and minimal sauces and seasonings. He was credited with discovering chefs such as French restaurateur Joel Robuchon.