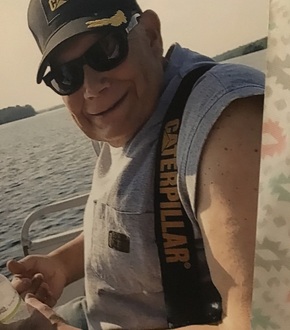 Burr E' Brakeman 70 of Vanceboro Maine)formally of Washington Illinois died at home in Vanceboro June13 2020 at 2;30 pm He was surrounded by his loved ones.
Born September 26, 1949 to Jean and John Gibson and at the age of 4 adopted to Walter and Ruth Brakeman. He married Joan ( Bunny ) Cropley on July 3, 1970 in Alta, Il. She survives.
Also surviving are three daughters: Michelle Johnson and husband Charles from Washington, Il. Robin Brown from Peoria, Il. And Jill Mason and husband Sherman from Vanceboro, Me. Fourteen Grandchildren and 15 Great Grandchildren. And two brothers, Biff Brakeman and wife Debbie of Canton, Il. and David George of Indiana. Two sisters, Bunte Ellison of Collinsville, Il. and Janice Baraks of Warsaw, Missouri.
He was preceded in death by one sister, Barbara Shoemaker, his birth parents Jean and John and his adopted parents Ruth and Walter.
He was a graduate of Dunlap High School in 1967. Joined the U.S. Army and retired from Army Reserves after 20 years. Retired from Caterpillar Tractor Company after 30 years. Worked landscaping on the side.
Moved to Maine in 2000. Started working again at Walmart, Janitor at two different Schools and the U.S. Border Station. He was also a bus driver for Topsfield School.
While he was in Illinois he was Chief Ranger for Independent order of Forresters.
He was the Commander of the American Legion Post 172 known as Frederick S Mills in Maine. Burr enjoyed working for the town of Vanceboro also. He was a volunteer Fireman, an election Judge, worked on the planning committee and for some years the Animal Control Officer.
Cremation has been accorded and grave side services will be on July 3, 2020 at 2:00 P.M. Friday at Vanceboro Cemetary.

My condolences to Joan and all of the family. Burr was a great person. I enjoyed working with him at the farm and also the many hours we spent scuba diving. He will be missed by many. My thoughts and prayers are with everyone.
Gary Adams Jun 21, 2020
Guest has provided contact information - Are you the obituary owner? Please Sign In to your account to view contact information.
I am so sorry for your loss. I will always remember all the good times I had with Burr while we were in the Army in Bartonville, I’ll. We had a lot of good times while at drill and summer camps. I remember he and his family coming to Florida one time to visit. We all went to a show in Kissimmee together and had dinner. He will be greatly missed. Burr was a great friend.
Michael Coake Jun 16, 2020
I'll always remember the family coming to Vanceboro in the summer and spending time out on the porch with Bunny,Burr,Helen and Miles.Also all his health food and drinks while Bunny and I were eating the junk food and Helen's molasses donuts!Rest easy Burr---your fight is over.
Mary DeWitt Jun 16, 2020
Our deepest sympathy to you and your family! He fought a hard battle! May God bring you comfort and peace during your grieving!
Deborah Hills Jun 16, 2020
I remember seeing a picture of Burr atop Mt. Katahdin. All his life Burr climbed mountains, never giving up. One of my favorite memories is the time we met at the train station in Elkhart, Indiana. He got off the train and we were able to visit just long enough for me to give him a thermos of coffee for his trip. I was blessed by God to have Burr as a brother. No better could ever be found. 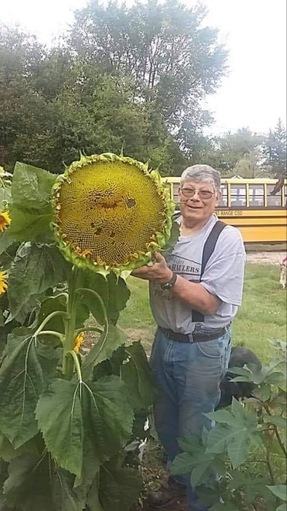