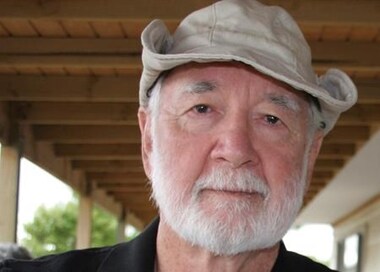 CINCINNATI — Bernard “Bernie” Diederich, a longtime journalist in the Caribbean region who braved dictators and disasters, has died in his adopted homeland of Haiti. He was 93.

His oldest son, J.B. Diederich, said the man who covered civil wars, coups, earthquakes and hurricanes across the islands and Central America died peacefully at home Tuesday afternoon in the arms of his wife of 57 years, Ginette. Diederich's career as a reporter and historian spanned seven decades.

“Bernie was everywhere in the region, an expert on decades of strongmen and political unrest,” Shirley Christian, a former Associated Press chief in Chile who covered the Caribbean for The Miami Herald, said by email. “Everyone who travelled with Bernie or ran into him around the region came away with countless Bernie stories and memories — most of them true, as far as I know.”

Among them: after the U.S.-led invasion in 1983 of Grenada following a bloody coup on the island that hosted American medical students, Diederich was in a small band of journalists who slipped into the island by boat while the Pentagon was trying to keep reporters away. He was later credited with helping U.S. Marines locate a slain comrade's body and with going to a hilltop prison to inform political prisoners that they were free to go because their guards had fled under fire.

Diederich was also known for his close friendship with the famed English novelist Graham Greene, whose Haiti-set 1966 “The Comedians” was made into a movie starring Richard Burton and Elizabeth Taylor. Diederich wrote a book about Greene's experiences in the region, among 22 he authored.

He was honoured in 1976 with a Maria Moors Cabot award from Columbia University for coverage of the Americas.

Born in Christchurch, New Zealand, Diederich sailed away on a tall ship during World War II, spending time when he could reading books and contributing to the ship's newsletter, his son said. He settled in England for awhile, then bought a sailboat with friends meaning to see the world. After stopping in Haiti in 1949 to deliver some cargo, Diederich went ashore in search of his stolen camera and was enchanted by the island nation, his son recounted in a phone interview Thursday from Haiti.

Diederich started the English-language weekly newspaper, The Haitian Sun, and was a free-lance reporter for The Associated Press and other news organizations. He ran afoul of the dictator Francois “Papa Doc” Duvalier and was arrested in 1963 by the much-feared TonTon Macoute paramilitary and put on a plane to the Dominican Republic. J.B., an infant at the time, said the family was fortunate to be allowed to leave.

Diederich had also covered another long-reigning dictator, Rafael Trujillo of the Dominican Republican, and wrote a book about his 1961 assassination titled “Trujillo: The Death of the Goat.”

Diederich later became Mexico bureau chief for Time magazine, and covered the region through a tumultuous era of East-West conflict and insurrections.

In recent years, Diederich, who also mentored many younger journalists, focused on writing books about Haiti that were translated into the Haitian Creole as a way to preserve his knowledge of the country.

“I think my father wanted to be remembered as someone who cared for the Haitian people and for the people of the Caribbean,” J.B. said. “He was a person who believed in the truth and he made a big effort to treat everyone with a quality of respect.”

Diederich is survived by his wife, sons J.B. and Phillippe, daughter Natalie, and seven grandchildren. He will buried Saturday, with a rock from New Zealand's Makara Beach in his hand, near the church where he was wed.

Sewell, now Cincinnati correspondent, covered the Caribbean for The AP in the 1980s.