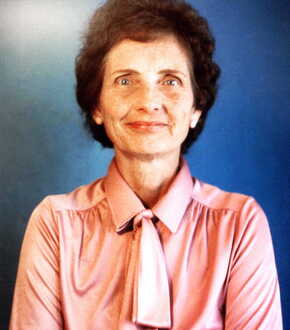 Barbara Helen Carlson, 91, of 242 East, 2nd North, Richmond, Utah, passed away peacefully in her sleep, at home, on February 28, 2020. She was born February 12, 1929 in Mount Vernon, New York. Barbara was the oldest child and only daughter of Charles William Cronenberg and Helen Mae Cronenberg (nee Carmody). <br /> <br /> Barbara, attended Greenwich High School in Greenwich, Connecticut, participating in several school organizations that included the Writers Club, Modern Dancing, Girls Glee Club, Current Affairs Club, the Greenwich High School News Editor and several other groups. Upon her graduation she was the valedictorian for her graduation class. Barbara was also a member of the Victory Corps that supported the war effort during World War Two. Following high school, Barbara attended the University of Connecticut where she met her future husband, Jerome Anton Carlson (Yudysky) who predeceased her on June 7, 2016. They had been married for 69 years. Barbara is survived by her four children, Gerald W. Carlson (Dolores) of Pennsylvania, Leigh J. Carlson of Denver, Colorado, Linda J. Giambrone (Salvatore) of Richmond, Utah, and Richard C. Carlson (Kathleen) of Enoch, Utah. She is also survived by 10 grandchildren, as well as numerous great-grandchildren and nieces and nephews. In addition to her husband and her parents, Barbara is predeceased by a younger brother, William Cronenberg. <br /> <br /> Barbara was descended from individuals who were responsible for the founding of the city of Mount Vernon, NY. Her family ancestors came from a long line of historical and notable individuals who were entrepreneurs involved in politics and civil activities in New York City from the mid-to-late 1800s. In addition, her lineage reveals direct ancestors who settled Long Island, NY in the 1600s and who served during the Revolutionary War, the War of 1812, and the Civil War, including the Battle of Gettysburg. Her father fought in France during World War I and an uncle fought in the Philippine-American War. All three of Barbara's sons served in various branches of our military. <br /> <br /> Moving to Utah in 1962, Barbara first resided in Brigham City, where she at one time worked at the video library at the Intermountain Indian School. She and Jerome moved to Richmond in 1976 where Barbara was an avid crafter and had a particular passion for knitting and quilt-making, but she especially enjoyed gardening. Always wanting to be active, Barbara loved to travel and made several trips to many countries in Europe, as well as to Mexico, Egypt, and even China. She once took a special tour to Churchill, Canada to observe the polar bears there. <br /> <br /> Barbara's main interest was a particular fondness for little animals. In particular, she had an attachment to cats which was evidenced by her acquiring a family of them that at one point totaled four. She was devoted to and cared for them as she did her children until they grew to adulthood to pursue their own destinies, seeking their separate ways. Barbara's most favorite feline companion was "Rosebud" (Rosie), a calico kitty. Although all of her cats were special to her, Barbara had a penchant for calico cats. Rosebud passed away some years back but Barbara memorialized Rosebud by obtaining a stuffed replica calico kitty of similar size to comfort her and keep her company when she was no longer able to care for any actual feline family. Upon her passing, Barbara was found peacefully at rest, at home. Her replica of devoted calico kitty, Rosebud, snuggled contently within her arms. <br /> <br /> There was a favorite poem Barbara loved that she sent to everyone who lost a beloved kitty. <br /> <br /> The Little Heaven <br /> <br /> I like to think there is a special place <br /> Where, someday, every little cat will go; <br /> A place where tender grass and catnip grow <br /> And there are trees to climb, and open space <br /> To frolic without fear when days are bright, <br /> Sniffing the flowery fields with happy purr, <br /> The sunshine warm upon their fragrant fur; <br /> Playing at hide-and-seek till it is night, <br /> And downy cushions call, and luscious fare <br /> Will tempt a feline's taste; then long, long naps, <br /> Dreaming in sweet content of loving laps <br /> And hands whose fond caresses say, "I care." <br /> I like to think that in their happy rest, <br /> Their dreams will be of those who loved them best. <br /> <br /> Services and burial will be private. In lieu of flowers we ask that you donate to the Cache Valley Humane Society, 2370 W 200 N, Logan, UT 84321

Send flowers
in memory of Barbara 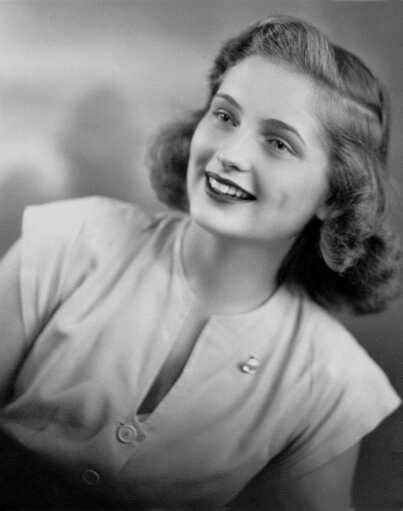 Pamela worked as a Bar tender and loved doing...

Barbara Lynn Anderson-Kerwell , 70, of Athens, PA, passed away on Monday, March 23, 2020 after a sudden and brief illness. She was born to parents Donald W. Risse and Elizabeth...