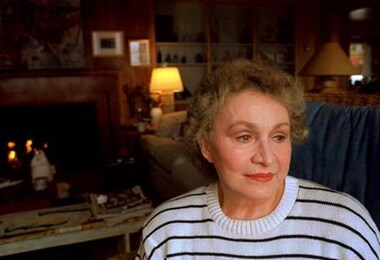 Siddons died Wednesday morning at her home in Charleston, South Carolina, news outlets reported. Her cause of death was lung cancer, her stepson David Siddons told The Post and Courier.

Siddons was born Sybil Anne Rivers on Jan. 9, 1936 in Fairburn, Georgia. She attended Auburn University in 1954 and wrote for the student newspaper, The Auburn Plainsman. Siddons wrote columns in the paper in favour of integration which gave her national attention and got her fired from the paper. Her 1976 novel "Heartbreak Hotel" is loosely based on the experience.

"She was the epitome of the proper Southern woman she was raised to be and yet she found herself in the middle of the civil rights movement, and wrote about it, and joined in, and became this incredible figure," friend and fellow author Cynthia Graubart said.

"Heartbreak Hotel" was turned into the feature film "Heart of Dixie" in 1989.

Another novel, "The House Next Door," was the basis of a made-for-television movie released in 2006. Stephen King called the book one of the best horror novels of the 20th century.

Siddons published 19 novels and one collection of essays. She also worked for Atlanta Magazine.

In 1966, she married advertising executive Heyward Siddons. He was a champion of her work who read drafts of her novels aloud every night, the Atlanta Journal-Constitution reported . Heyward Siddons died in 2014.

Annie Rivers Siddons is survived by four stepsons and three step-grandchildren, according to The Post and Courier.

Funeral arrangements have not yet been announced.