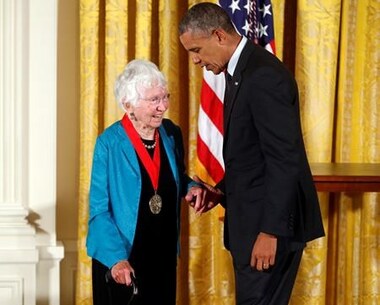 NEW YORK — Anne Firor Scott, a prize-winning historian and esteemed professor who upended the male-dominated field of Southern scholarship by pioneering the study of Southern women, has died. She was 97.

Her death was announced last week by Duke University, where she taught for three decades. Additional details about her death were not immediately available. Scott, who in 2013 received a National Humanities Medal, was a resident of Chapel Hill, North Carolina.

Scott's "The Southern Lady: From Pedestal to Politics 1830-1930" was published in 1970 and is now regarded as among the first major works of its kind. For years, Scott had been dismayed by the absence of women in histories of the South and so vowed to "add to our understanding" of "social reality." Drawing upon diaries, newspaper accounts, letters and government records, Scott set out to tell their story and to challenge the ideal of the pious, selfless Southern wife.

"If talking could make it so, antebellum Southern women of the upper class would have been the most perfect examples of womankind on yet seen on earth," she wrote. "If praise could satisfy all of women's needs, they would also have been the happiest."

Scott documented the private frustrations of seemingly contented spouses, and how the roles of women changed after the Civil War and changed again in the 20th century as opportunities for work and education expanded. Well before the civil rights era and the rise of feminism, they served on committees with black women, formed an association to ban lynching and established "get out the vote" campaigns. By 1930, Scott wrote, "for the woman who had the capacity, the health and energy and fortitude, to seize opportunity, the culture now provided not one pattern but many."

Over the next four decades, Scott would continue to make history. She was the first woman to head Duke's history department, from which she retired in 1991, and recalled attending conventions of the American Historical Association, where a meeting of the women present amounted to herself and fellow historian Gilda Lerner. Many of her students and peers cited her as inspiration for their own work and for inspiring other schools to establish courses for women's studies.

In honour of Scott and Lerner, the Organization of American Historians in 1992 established the Lerner-Scott Prize for outstanding dissertations on U.S. women's history. In 2008, she received the American Historical Association's Scholarly Achievement Award and eight years later the Arthur M. Schlesinger Jr. Prize for "distinguished writing in American history of enduring public significance." The citation for her humanities medal, presented by President Barack Obama, praised her "groundbreaking research spanning ideology, race, and class."

Scott received a master's in political science from Northwestern University and a PhD in history from Radcliffe College. During World War II, she found work with the National League of Women Voters and never forgot the "still-powerful, aging suffragists," many of whom had been activists before the ratification of the 19th amendment, which granted women the right to vote, in 1920, the year before she was born.

"These women were teaching me to see things that other historians had overlooked," Scott later wrote.

Before joining the Duke faculty, in 1961, she taught at Haverford College and the University of North Carolina at Chapel Hill. At Duke, in the early 1980s, she was among those who opposed the creation of a library for former President (and Duke alumnus) Richard Nixon, worrying that such institutions often become "museums for the glorification of a man." The Nixon library instead opened in his native Yorba Linda, California.

Scott's other books included "Women in American Life" and "Making the Invisible Woman Visible." She also edited and wrote introductions for numerous other works.

In the mid-1940s, she met Navy pilot Andrew McKay Scott, who quickly and impulsively asked her to marry him. "You can't be serious," she recalled answering.

They were married for 58 years, until his death in 2005. They had three children, including historian Rebecca Scott.

How to create a personal tribute to the life of your loved one
See all
Having trouble writing an obituary? Try our free interactive obituary template. 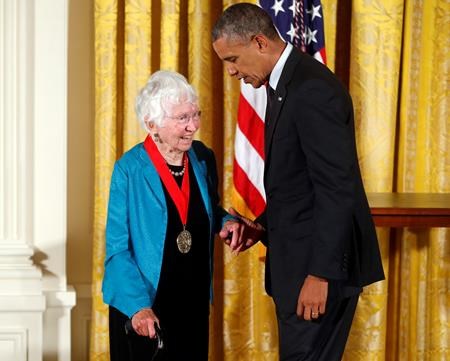