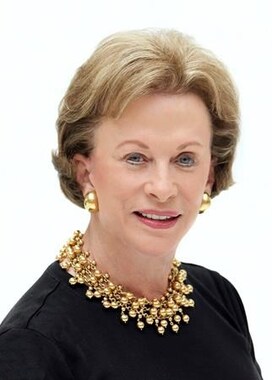 DALLAS — Texas oil and ranching heiress Anne Marion, who founded the Georgia O'Keeffe Museum in Santa Fe, New Mexico, has died. She was 81.

Cody Hartley, director of the O'Keeffe museum, said in a statement that Marion died Tuesday in California. He called her a “passionate arts patron, determined leader, and generous philanthropist.”

Marion and her husband, John Marion, established the museum in 1997. She served as the chair of the board of trustees until 2016.

In an interview when the museum opened, Anne Marion said, "I've always loved her work. I grew up with it in my home — my mother had two of her paintings.''

Former President George W. Bush said in a statement that he and former first lady Laura Bush were mourning the death of their friend. He said she was “a true Texan, a great patron of the arts, a generous member of our community, and a person of elegance and strength.”

She was the great-granddaughter of Samuel Burk Burnett, founder of the 6666 Ranch in Texas.

Under Marion's leadership, the museum grew to also include O'Keeffe's two historic homes and studios in northern New Mexico, at Abiquiu and Ghost Ranch.