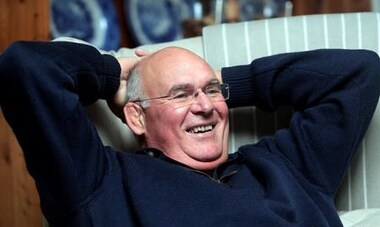 WELLINGTON, New Zealand — Andy Haden, whose feigned fall from a lineout earned the All Blacks a match-winning penalty against Wales in 1978 and lasting notoriety for himself, has died. He was 69.

Haden was diagnosed with chronic lymphocytic leukemia in 2003 and his condition, which had been stable, recently worsened. He died at home Wednesday surrounded by family, New Zealand Rugby said.

“Andy’s stature and influence as a player was huge. Not only was he an immense physical presence, there was also immense respect from his teammates,” Bill Osborne, NZR President and a former All Blacks teammate of Haden's, said in a statement. “Most people will remember the way he dominated the lineout as a tower of strength, but I also remember the way he looked after the young players coming into the All Blacks, and how he advocated for players’ rights both during and after his playing career."

While he played 117 All Blacks matches including 41 tests — eight as captain — between 1972 and 1985 and is regarded as one of the finest locks to have played for New Zealand, Haden became a figure of controversy for his penalty-winning “simulation.”

New Zealand and Wales had been locked in a tight match in Cardiff; Wales led 12-10 with time running out and its vocal fans scented Wales’ first win over the All Blacks in 25 years.

At a late lineout in Welsh territory, rather than competing for the ball, Haden threw himself spectacularly to the ground, accompanying his dive with a loud cry.

Quittendon later said he was not tricked by Haden and had penalized Wales for an offence against Haden’s locking partner Frank Oliver. But Haden remained convinced and unashamed that he had won a penalty with his theatrical performance.

He said he had been obstructed at lineouts throughout the match and decided to have his revenge, telling All Blacks captain Graham Mourie of his plan.

“They climbed over me all day, that’s why we came up with the remedy we did,” he said. “The penalty wasn’t for that, it was for all the other lineouts they had obstructed me all the way through the game and I felt absolutely justified. I also felt you don’t go back to your dressing room asking yourself what more could I have done to win the game, don’t be a mug.”

When the All Blacks returned for Wales' rugby centenary in 1980, an ornate cake was prepared to mark the occasion, featuring a green field with 15 red players (Wales) and 15 black players (New Zealand). Haden and Oliver tampered with the cake in secret and when it was produced it had two black players (Haden and Oliver) lying on the ground at a lineout.

Haden’s career can’t be defined by the 1978 incident. He was an exceptionally talented, intelligent and resilient lock, among the best in the world in his era.

Haden made his All Blacks debut in 1972 in an unusual match against a New York team at Downing Stadium. He waited five years more for his test debut, which he made at home against the British and Irish Lions. From that point until his retirement he was a key member of the New Zealand team.

He was also ahead of his time, foreseeing rugby’s move to professionalism and often tripping the boundary line between the amateur and professional games.

He was investigated and exonerated by the New Zealand Rugby Union for breaching rugby’s amateur code and went on to become the union’s marketing adviser and one of New Zealand’s first player agents. He also represented New Zealand-born supermodel Rachel Hunter.

In a tribute to Haden, New Zealand Rugby said “he sometimes polarized opinions, but was never repentant.”

“Andy Haden left an enormous legacy. He was one of New Zealand's great players, and helped drive the game toward the professional status it now has.”

Consulting a professional can streamline your journey through grief
See all
Having trouble writing an obituary? Try our free interactive obituary template. 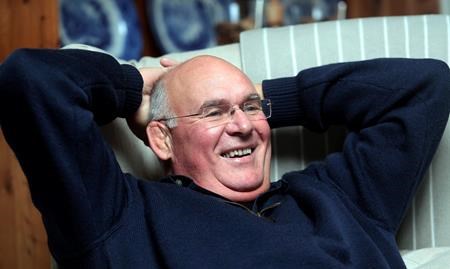