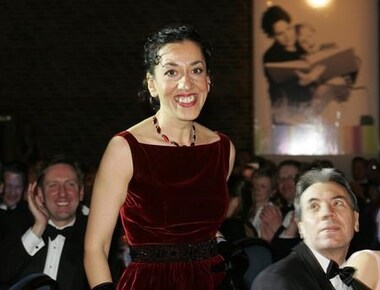 LONDON — Andrea Levy, a prize-winning novelist who chronicled the hopes and horrors experienced by the post-World War II generation of Jamaican immigrants in Britain, has died. She was 62, and had suffered from cancer.

One of the first black British authors to achieve both critical and commercial success, Levy was best known for her novel "Small Island," which tells the story of two couples, one English and one Jamaican, whose lives intertwine in London after World War II.

The saga of war and racism won several major literary prizes: the Orange Prize for women's fiction, the Commonwealth Writers' Prize and the Whitbread Book of the Year award.

Georgina Moore of Tinder Press said Levy died Thursday after having been "ill for some time."

Levy, who grew up in public housing in a working-class north London neighbourhood, started writing fiction in her 30s when she enrolled in a creative writing course in London. Her first books "Every Light in the House Burnin,'" "Never Far From Nowhere" and "Fruit of the Lemon" — drew on her background as the child of Jamaican immigrants growing up in London.

Though critically praised, they failed to win a mass audience. That changed with "Small Island," which made Levy one of Britain's hottest writers — discussed in book clubs and read by droves of subway commuters.

Her most recent novel, "The Long Song," tells the story of a house slave in 19th-century Jamaica and was shortlisted for the Man Booker Prize. She also published "Six Stories and an Essay," in 2014, a series of short stories and a piece about her Caribbean heritage.

"Small Island" and "The Long Song" were adapted for TV, and a stage version of "Small Island" is opening at the National Theatre this spring.

"When I started out, I was seen as a sort of marginal voice — the attitude was that only black people would read the books," Levy told The Associated Press in 2005. "It was very hard, because I was writing something a little bit different, in that I was just writing about family, small stories. At that time, the prevailing trend was more sort of guns and drugs and stuff, and so they didn't quite know what to do with me. They didn't think there'd be a market for it."

It focused on people like her parents — the post-war "Windrush generation," named for SS Empire Windrush, a former troop ship that sailed from Jamaica to England in 1948 carrying hundreds of West Indian migrants.

The immigrants, many of whom fought against the Nazis in World War II, often found themselves to be unwelcome in Britain. Two characters from the book, Gilbert and Hortense, are shocked by the racism they encounter, and by the realization that the "Mother Country" is a shabby dark nation recovering from war.

"I don't really believe in baddies and goodies," Levy said. "I don't believe in good and evil. I think we all have the capacity for both, every one of us, depending on circumstances. I like to bring that out in characters." 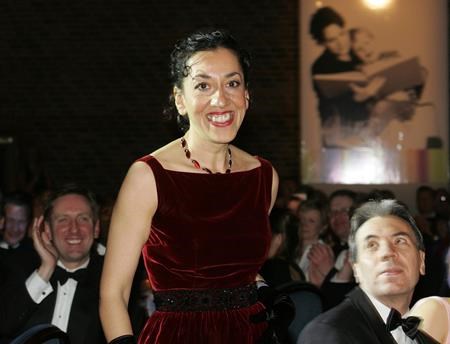