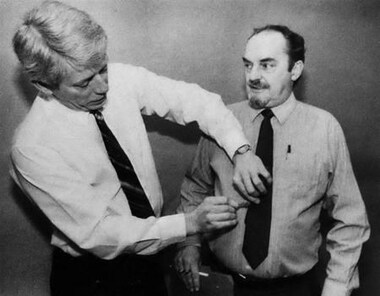 COLUMBUS, Ohio — Al Orton, a veteran Associated Press journalist who spent much of his career on the overnight shift, mentoring dozens of reporters along the way, has died in Ohio. He was 84.

Orton, who used his full name of “Alvin Orton Jr.” in his byline, died Wednesday in Columbus of a heart attack after experiencing several health problems, said his son, Andrew Orton.

Orton worked for the AP from 1963 until he retired in 2006. His father, Alvin Orton Sr., also was an AP editor, joining the news co-operative in Chicago in 1936 and serving as a bureau chief in Indianapolis and Minneapolis before returning to Chicago and retiring in 1971.

“When I asked him what he thought about my going to work for the AP, he said, 'Fine, but you won't work for me,'" Orton recalled in a remembrance of his father in 1987, the year he died. “And I told him, 'That's OK, because I wouldn't work for you, anyway.' That's the way we both wanted it."

One of Al Orton Jr.'s first assignments was covering the 1963 execution by electric chair of a man who'd killed a grocery store clerk. Orton was one of only two reporters at the former Ohio Penitentiary, and unbeknownst to him then, he witnessed the last use of the chair in the state.

“As antiseptic as prison officials tried to make it, the execution process was rather primitive,” Orton recalled in a 1999 first-person column as Ohio prepared to execute its first inmate in 33 years, by lethal injection. “There was no viewing room separated by glass or any other accommodations for witnesses.”

That same year, Orton was working the day after President John F. Kennedy was assassinated when word came of a fire in a nursing home between Toledo and Cleveland that killed 63 residents. Orton rankled New York editors by interrupting the wire service's Kennedy coverage with updates to that story.

Orton preferred the overnight shift because it allowed him more time with his family, son Andrew Orton said. He usually saw his wife off to work in the morning and ran errands and relaxed until about noon when he slept for five hours and prepared for another shift.

Orton spent his retirement enjoying time with his wife, Loretta, who survives him, along with two sons and four daughters, 16 grandchildren and several-great children. A fifth daughter died several years ago of cancer. 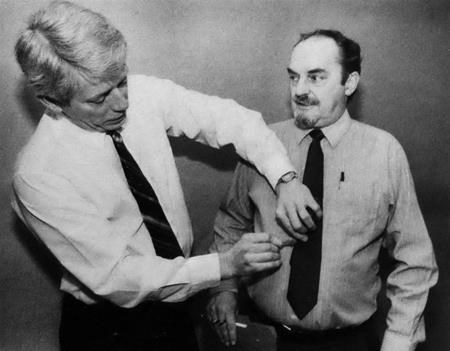